Some of the specialist institutes in the Soviet Union which developed and tested military vehicles were very well known, at least within the borders of the country that is.

They included the NAMI and NATI design institutes responsible for motor vehicle and tractor development respectively. Other institutes were involved in the development of specific types of equipment, including any type of imaginable military hardware from mine trawls to ballistic missiles. 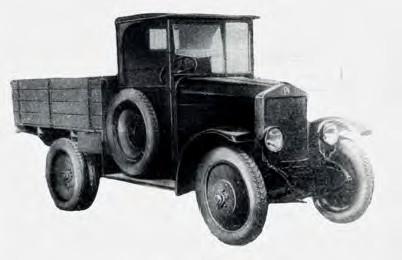 The AMO F-15 was the first series production truck built in the Soviet Union, based on the FIAT-15ter design

Still, others were more directly involved in the testing and acceptance of equipment for service with the armed forces.