Adam Partridge Auctioneers and Valuers has built up an enviable reputation in the field of militaria, as the firm’s medals and militaria expert James Spiridion explains to Jane Hall 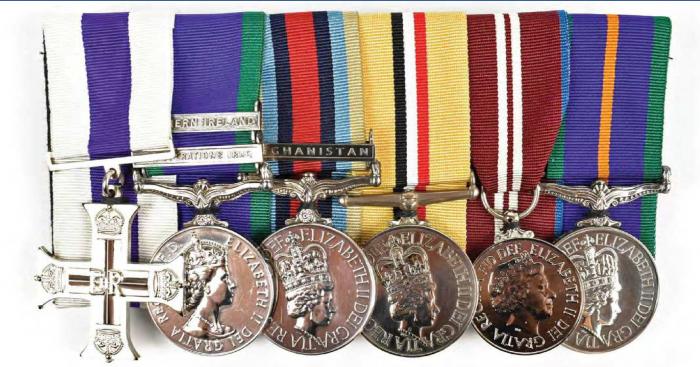 In 2016 the police were called to a two-up, two-down in Liverpool following reports the elderly owner, Reginald Cheetham, hadn’t been seen for some time.

They sadly discovered that Mr Cheetham had passed away, surrounded by an extraordinary assortment of memorabilia, including hundreds of swords, firearms and other items.

Adam Partridge Auctioneers and Valuers, which has its Cheshire Saleroom in Macclesfield and another in Liverpool, was consulted about the incredible cache.

What the team walked into was a veritable Aladdin’s cave. Every shelf, cupboard, drawer, the attic and even a shed were filled to bursting not just with collectable weaponry, but also with scientific and optical instruments including books, clocks, toys, radios, telescopes, binoculars and uniforms.

It became apparent this wasn’t a hodgepodge of items amassed over one man’s lifetime. There was a theme: the military.