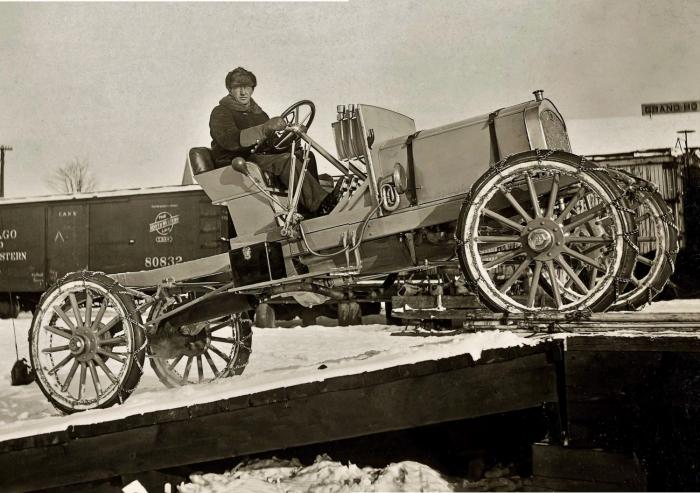 Grandly named The Battleship, this remarkable 45bhp car is seen here in January 1912 on its way to Washington DC for trials by the US Army.

My greatest pleasure when attending the War and Peace show is to look out for new vehicles, something different or out of the ordinary. I was not disappointed this year and was thrilled to see a World War One FWD Model B truck which had served with the US Army in France.

I have a great affection for the FWD as we have had one in our family collection for about 25 years and this was a rare opportunity to study another example.

The current owner Xavier Guerin explained that he had owned it for about five years and had bought it from a museum when the contents were sold off. This FWD would have been operated by the US Army Ordnance Corps for the transportation of ammunition.