In the Soviet Union of the 20th century, the all-terrain performance of military vehicles was of more concern than in many other countries 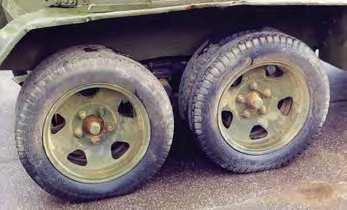 ABOVE: Tracks were fitted over rear wheels 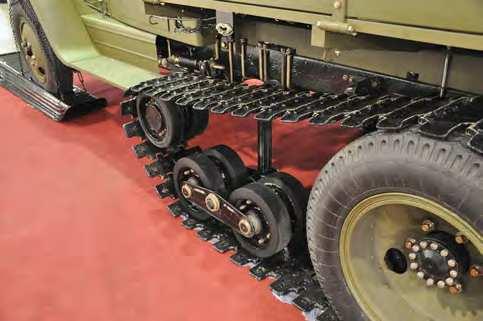 BELOW: For road travel, the ZiS-33 track mechanism was disconnected and the idler wheel bogie raised clear of the ground 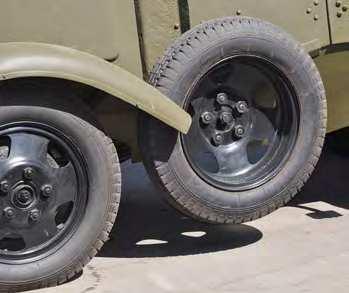 ABOVE: The spare wheels on BA series medium armoured cars were mounted on stud axles, on which they freely rotated, helping to prevent the vehicle from bottoming out on rough terrain 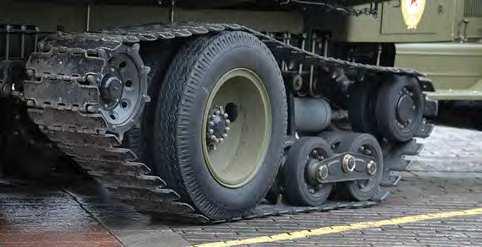 BELOW: The ZiS-33 was a neat engineering solution to maintaining the best elements of both road and all-terrain mobility 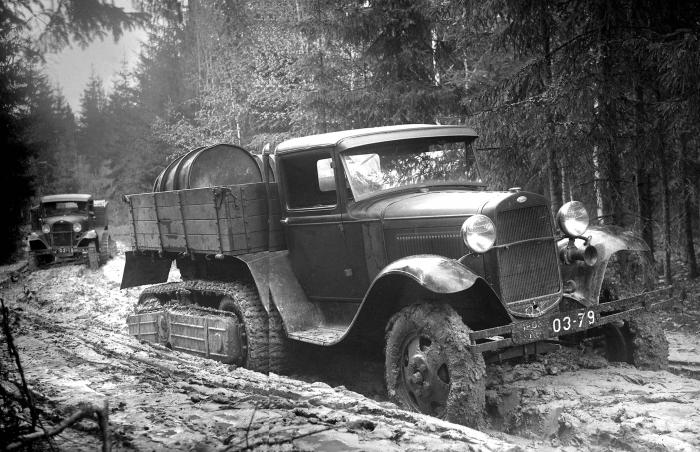 The GAZ-60 was a full half-track version of the GAZ-AA, with better all-terrain performance

With large expanses of sandy and swampy ground across an enormous country, the Red Army needed vehicles that could traverse any terrain. But it was not only the ground conditions that hampered travel, but the weather is also frequently inclement, ranging from the snow and ice of deep winter to the even more challenging periods of ‘rasputitsa’, a Russian term for the spring thaw and autumn rainy seasons when dirt roads turn to mudimpassable to wheeled vehicles. It is unsurprising then that the Soviet Union was a pioneer in the development of all-terrain vehicles. Such development pre-dated the Soviet state, with the work of the Frenchborn Adolphe Kégresse (Tsar Nicholas II’s driver from 1906 until 1917) on half-track mechanisms providing light vehicles with winter mobility.