Former Intelligence Officer, Nick Van Der Bijl, tells of a deadly ambush as British troops went about their routine near the end of a prolonged and bloody insurgency, despite their impending withdrawal. 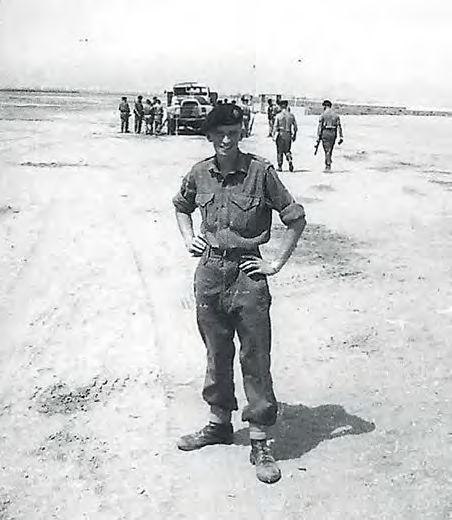 2nd Lt Beard shortly before the ambush. Behind him are S/Sgt Butler and Sgt Garth who were both killed. (COL NICK BEARD)

In 2013, Colonel Nicholas Beard, a former officer of the Royal Corps of Transport (RCT), wrote a letter to The Times in which he recalled events in Aden on 20 June 1967, events which had cost the lives of 23 British soldiers in three incidents. He wrote: “The BBC World Service had announced… due to an unfortunate mistake, [that] Arab troops opened ire on British attacking their camp. The idea it was due to their thinking we were attacking them that resulted in the ambush, which seems to have been accepted by people, I ind hard to understand.”