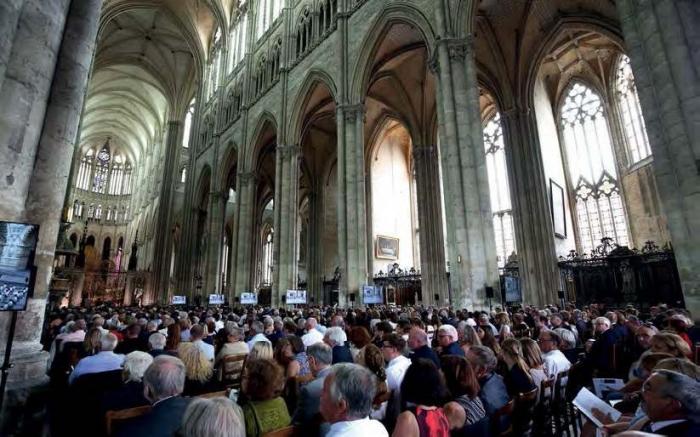 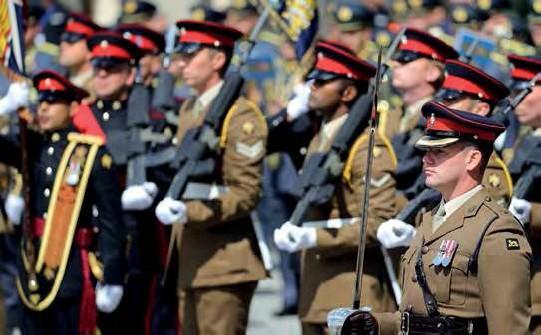 The Guard of Honour, formed from the Royal Anglian Regiment.
(CROWN COPYRIGHT)

THE 100TH anniversary of the Battle of Amiens, as well as the subsequent start of the ‘Hundred Days Offensive’, have been commemorated in France, writes Alex Bowers. HRH The Duke of Cambridge and Prime Minister Theresa May attended the service at Amiens Cathedral, both paying tribute to those who fought and died during the battle.

In a reading, the Duke said he was pleased to mark the centenary, adding the purpose of the service was to “honour the fallen of all nations involved in the war”. Mrs May recognised the “courage, bravery and skill” of troops who fought at Amiens, adding it was vital to “reflect on the fear and hardship experienced by the people of [Amiens] and the surrounding battlefields.”

The battle started at 4.20am on 8 August 1918, with British forces, spearheaded by Australian and Canadian divisions, launching an attack on German positions in the area surrounding the city. By the end of the first day, the Allies had penetrated German lines around the Somme and created a gap some 15 miles long. German military chief Erich Ludendorff famously dubbed the defeat “the black day of the German Army”, with Allied successes including capture of an estimated 12,000 German prisoners.

The important battle – though perhaps behind both the First Day of the Somme and Passchendaele in popular memory – preceded what is today known as the Hundred Days Offensive, a string of more mobile operations in which the Allies were repeatedly victorious, culminating in the Armistice on 11 November 1918. But its significance in ending the First World War came at an equally significant cost. The fourmonth period following the Battle of Amiens resulted in heavy casualties on both sides, the three-day Battle of Amiens alone resulting in more than 19,000 Allied soldiers being killed.