A last-ditch scheme would have seen every available aircraft in Britain thrown at the German invasion, should it have been activated. Steven Taylor details the RAF’s near-suicidal defence plan 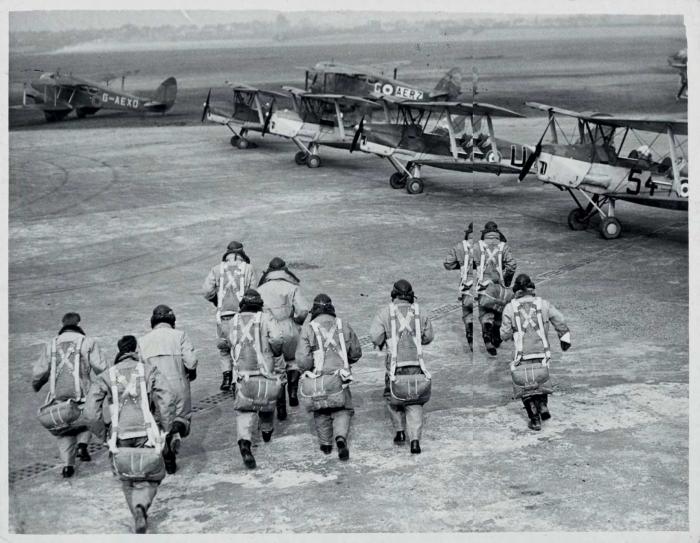 FLEET AIR ARM TRAINEES RUSH TO THEIR TIGER MOTHS, MARCH 30, 1940. THE UBIQUITOUS TRAINERS WERE READIED FOR A VARIETY OF BELLIGERENT ROLES UNDER OPERATION BANQUET
HULTON ARCHIVE/GETTY

The de Havilland DH.82 Tiger Moth was, without doubt, a fine aircraft. With its benign handling characteristics, it proved an ideal primary trainer, and from its introduction in 1932 through to the early 1950s, thousands of prospective RAF and Fleet Air Arm pilots, as well as trainees from more than two dozen air forces, learnt to fly in the unassuming two-seater biplane.

But not even the Tiger Moth’s greatest admirers could seriously argue that it would make a credible bomber. But in the dark days of 1940 when a full-scale invasion of Britain seemed inevitable, that was the unlikely role for which the Tiger Moth was considered – and indeed readied – to fulfil.

The employment of the fabled Tiger Moth in an offensive role was a central element of Operation Banquet. This desperate plan would muster a motley assortment of aircraft, including trainers, obsolete biplanes and army co-operation Lysanders, reconfigure them as ad hoc bombers and hold them in readiness to mount a defence, should Fighter and Bomber Command’s strength be wiped out by the Luftwaffe.