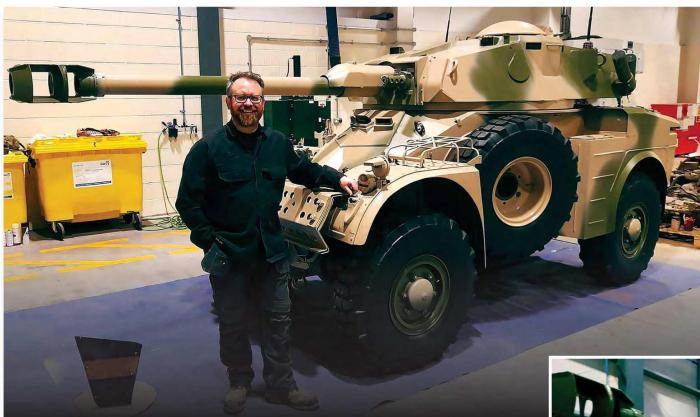 The Falklands (undeclared) War came to a shuddering halt on June 15, 1982. British forces entered Stanley and were confronted with large numbers of surrendering Argentine troops, who had been stationed in the capital or had streamed in from surrounding positions. They soon started shedding all their non-essential equipment, literally where they stood and made quite a mess of the centre of the capital in the process. Included were several PanhardArmoured cars (AML90s to be precise), most of which were lined up on Philomel Street, the road next to the Globe Hotel.