Argentina’s Secretary for Human Rights, Claudio Avruj, accompanied the families. Retired British Army Colonel Geoffrey Cardozo, who was responsible for burying the Argentine dead with sensitivity and respect immediately after the conflict, was also present.

Minister of State for Europe and the Americas, Sir Alan Duncan MP said:“I welcome this visit to the Argentine cemetery at Darwin by family members of the recently identified Argentine soldiers. This important humanitarian project, facilitated by the International Committee of the Red Cross, will provide some comfort to the families of the deceased. When visiting the cemetery the families will find their loved ones properly identified and in a place of great dignity.” 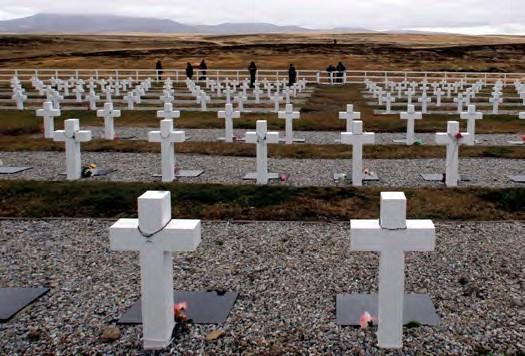 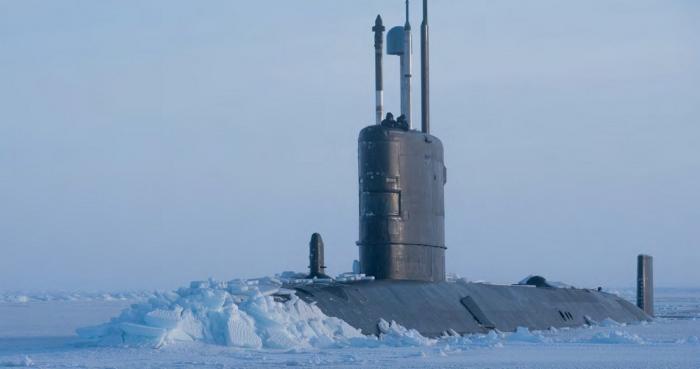 Whilst having the appearance of a Bugs Bunny-style navigational error, the Trafalgar-class fleet submarine HMS Trenchant dramatically breached a metre of Arctic sea ice as part of Ice Exercise 18 (ICEX) this March as part of a series of demanding trials for the submarine’s crew. During the major exercise, Trenchant joined two American submarines, the USS Connecticut and USS Hartford, while crews and scientists conducted their research on the ice in conditions as cold as -40°C. Additionally, the crew paused for a service to remember two submariners killed on an ICEX in 2007, after an accident onboard HMS Tireless.