The Bison, the Armadillo and other 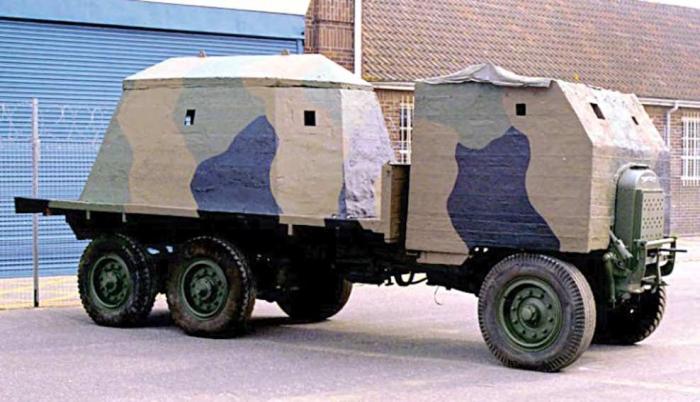 OPPOSITE TOP LEFT: Probably the nearest thing to an original Bison that you will ever see. It came from the Museum of Army Transport at Beverly and consists of a concrete pillbox originally fitted to a wartime Bison on a tired old pre-war Thornycroft Tartar chassis. It looks the part and can be seen at The Tank Museum

FAR LEFT: The massive Leyland Beaver-Eel with some of the side panels swung open to reveal the wheels. Although no weapon has been yet fitted, all the loopholes have been opened to show how thick the armour was. It’s on the chassis of the Leyland Retriever and appears to be quite well designed, if a bit large for its purpose 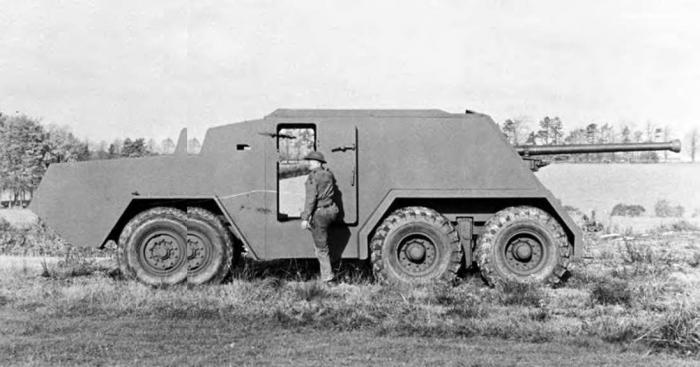 LEFT: The curious looking Thornycroft Amazon mounting a 17 pounder gun at the back. One complaint was that it let in the rain

LEFT: An Albion 6x4 mounting a 3in gun in the coast defence role. No protection at all worth speaking of. Even the camouflage won’t be a lot of good if a warship spots the target from out at sea

The armoured lorry invariably looks impressive but is rarely seen on active service, probably because it is too big and suffers from poor cross-country performance. Even so, it existed and was even issued for home defence in Great Britain although others never got beyond the prototype stage.