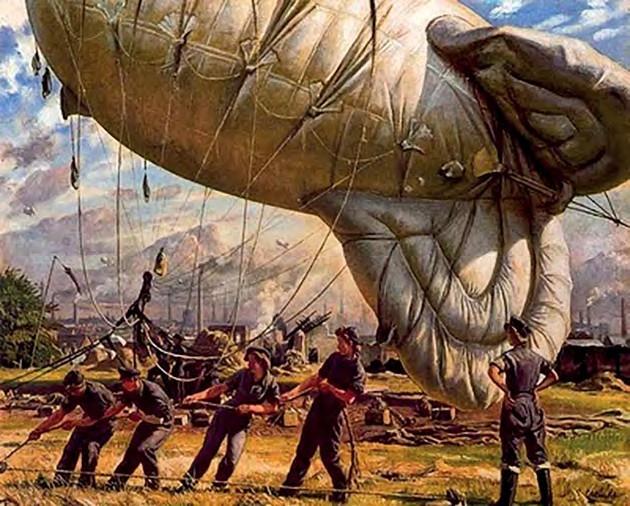 A team of women from the Balloon Command hoist a barrage balloon over war-torn Coventry.

Before the outbreak of the Second World War Dame Laura Knight was a popular and highly successful artist, widely known for her stunning portraiture as well as her reportage style to record scenes and, occasionally, controversial subject matter and her contribution to the art world was rewarded in 1936, when she became the first woman elected to the Royal Academy since its foundation in 1768. As such a renowned artist, Knight who worked in oils, watercolour and also adopted analogue print technologies throughout her early career, was fully prepared to be employed as an official war artist from 1939.