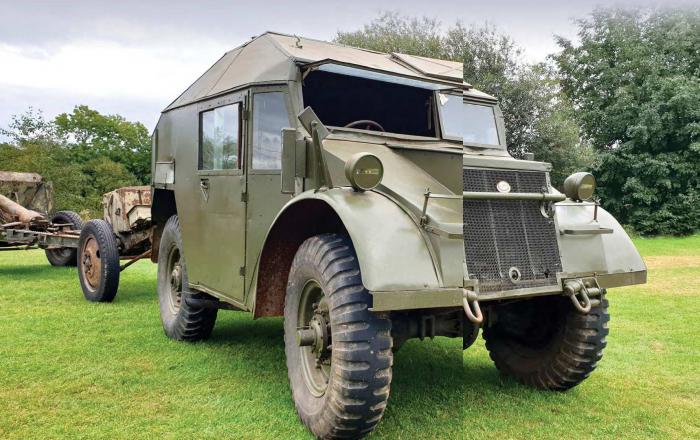 Guy Motors Limited was founded by Sydney S Guy in May 1914 and operated from its Fallings Park factory in Wolverhampton until its closure in 1982. Guy had previously been the works manager at the nearby Sunbeam factory.

The company's first 30cwt lorry used a much lighter form of pressed steel chassis than the more commonly used heavy rolled steel channel chassis. It may have been lighter, but it was still strong enough to enable the lorry to cross rugged terrain.

In 1915 the company came under the control of the War Office, Ministry of Munitions, and focused production on manufacturing military vehicles. Guy prospered during World War One due to orders from the ministry, enabling the company to expand its factory.