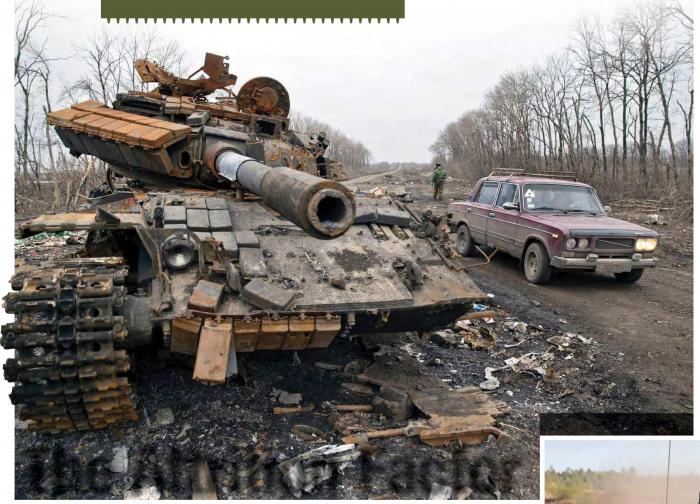 A Russian tank destroyed in the fighting in Ukraine ARCHIVE

During the Normandy campaign of 1944, British tank commander Stanley Christiansen and his crew of the Sherwood Rangers had several tanks shot from under them in the bitter bocage fighting.

Given the scale of wartime production, the Sherman Mk4s they were equipped with could be rapidly replaced but it underlines the high levels of wastage experienced in combat. During the invasion of Iraq in 2003, I witnessed scores of Iraqi tanks and AFVs lying knocked out by the roadside.