The utility vehicles are proving their worth on the battlefield 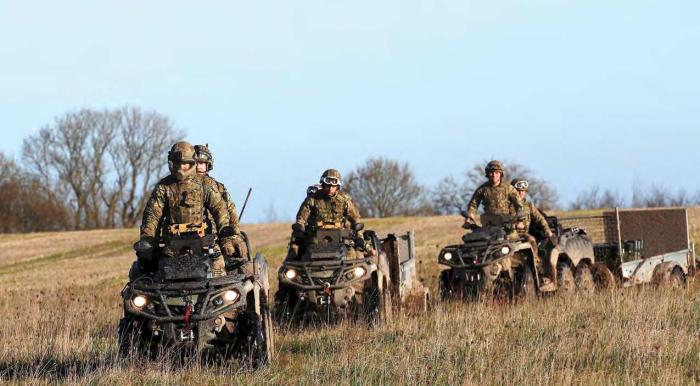 Highly mobile all-terrain vehicles were recently used by the UK’s Royal Marines as mortar teams tested their ability to help avoid radar detection. The commandos rolled out CanAm 6x6 Outlander vehicles to rapidly move mortars and their crews around a simulated battlefield on Salisbury Plain, thereby avoiding detection while still bringing down fire on enemy positions. Mortars have been a staple of warfare for many years and they remain a dynamic weapon, which can quickly bring fire support to advancing troops on the frontline.

However, they can be vulnerable to increasingly powerful enemy radar, which can track them down, prompting a counter-barrage to destroy them if they are too static. As Royal Marines continue to evolve as part of the Future Commando Force modernisation, everything from kit, clothing, weapons, and tactics are coming under scrutiny. As part of that, 45 Commando’s Mortar Troop is looking at the mortar’s vulnerabilities to powerful mortar locating radar and how they can avoid being discovered.