Back up and running?

By words and pictures Nigel Hay 10th May 2021
Features

Nigel Hay’s round up of the military vehicle market 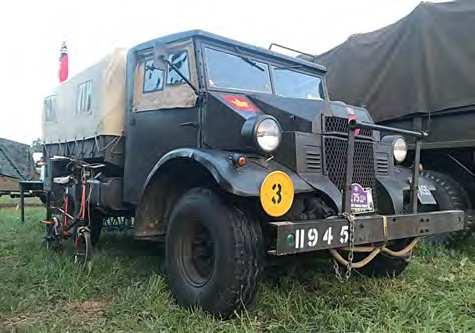 As the UK and parts of Europe emerge from lockdown, the military vehicle market has been quite buoyant with plenty of sales. We have had a range of Jeeps sell for between £10,000 and £33,000, with a healthy selection between £16,000 and £24,000. So, it seems that overall the pandemic has not adversely affected prices. But, of course, the asking price is not necessarily the selling price.

I was heartened to hear that an advertiser who struggled to get bids for his wartime Jeep on eBay at more than £16,000, days later it sold on Milweb for £22,500, which was slightly under the £23,000 asking price.

While everyone wants a bargain, it is the selling prices that give us an idea of how the market is performing. The real bargain this month was a 1942 Dodge half-ton pickup T215 at a very modest €5,000 in need of ‘finishing’. The seller, well known Italian Gustavo Cappa Bava, bought the truck thinking it was a Canadian Dodge D8A only to discover it is a 1942 US 1/2 Ton T215.Although he started work on it, he lost interest even though this is an interesting and viable truck. I am certain by the time you read this it will have been sold.