Militracks, the well-known military vehicle show in The Netherlands, was held in May for the first time in two years. Andrew Balcombe was there 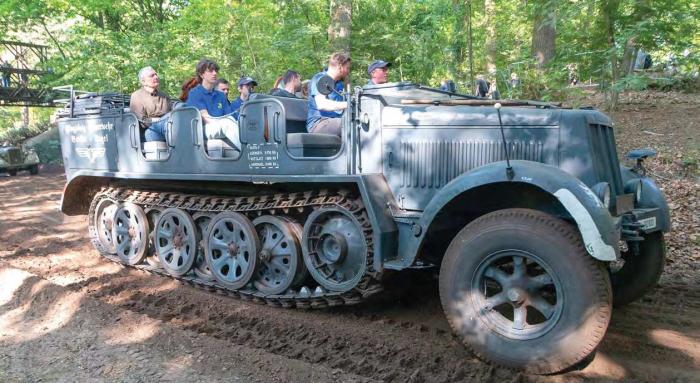 A ZDKFz.7 halftrack on the trail

What makes Militracks so special is that visitors can see dozens of rare World War Two-era tracked, wheeled and armoured vehicles being driven. A bonus is that you can ride in them too.

This year’s event held at the Overloon War Museum in The Netherlands was sold out quickly and it was a good idea to get in early to avoid the crowds.

Cars full of visitors could be seen backed up for miles before the highway turnoff. Despite the big numbers, there was a sense of excitement in the air among visitors, volunteers and staff alike. Everyone’s smile showed how happy they were to be finally at the event after two long years of Covid-enforced absence.

The sprawling Overloon Museum grounds were divided into different sectors for the event. Part of the area was set aside for displaying and driving the rare vehicles, while another was filled with rows of stalls where traders sold a wide range of World War Two militaria. As visitors from all around the world made their way to the spectacle, they crossed a bridge and saw dozens of rare and meticulously restored war vehicles driving over the dirt track below.