Ranging in price from hundreds to thousands of pounds, campaign and gallantry medals are some of the most popular of military collectables. Fiona Keating examines some items recently sold by SPINK auction house 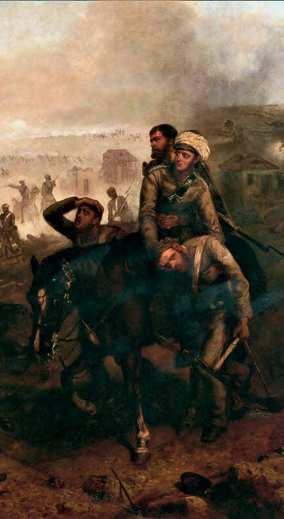 C ollectable medals always have tales of bravery, courage and heroism attached to them.

As Marcus Budgen, Head of Medals at Spink, says: “It’s the stories that excite medal collectors. I myself collect medals and I’m just as passionate about the stories behind them as anyone else.

“Prices aren’t prohibitive. You can buy a group of medals for a man killed at the Somme for £100, so it’s possible to keep the memory of service men and women alive without having to spend huge sums.”

The value of medals increases if the recipient was a well-known personality or if any of the medals were awarded for service in specific wars. Prices can start at affordable sums, although a VC and DCM group of five awarded to Sergeant Arthur Evans of the Lincolnshire Regiment recently realised £235,000. Evans received his VC for actions on September 2, 1918, when he volunteered to swim the River Cojeul in northern France, stalking, rushing, despatching and capturing the occupants of a well-defended enemy machine gun post.