The story of the SAS, from North African deserts to modernday deployments, is explored by Peter Caddick-Addams 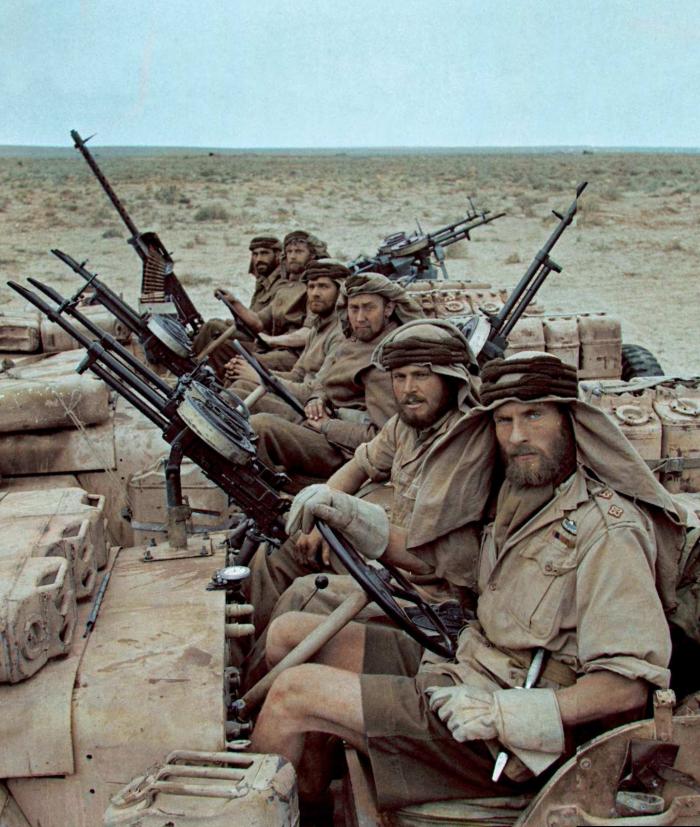 Amongst the stone angels and marble crosses tilted at crazy angles in the village of Rom in Deux-Sèvres, France, there are two rows of neat military headstones, rich with a sense of duty, still on parade. There are more than 30 of them – too many to be aircrew. A field hospital, perhaps? A glance at the dates and military badge on each tells a different story: ‘Special Air Service Regiment, died July 7, 1944’.

On that morning, several trucks drove into the nearby wood of Saint-Sauvant. Men, their hands bound, were led singly to pits that had been dug the night before. Each was accompanied by two German soldiers. A British officer, Second Lieutenant Richard Crisp, was summoned out of the line to listen, through an interpreter, to an order read out by a German officer, Oberleutnant Vogt –a former clergyman.