Barracuda Raised from the Solent After 75 Years 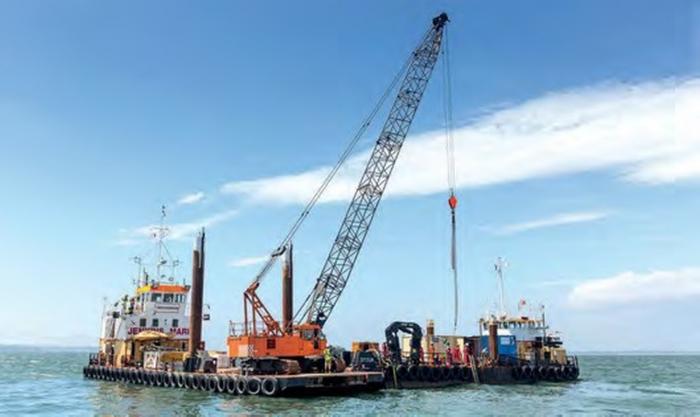 A BRITISH naval bomber has been raised from the seabed more than 75 years after it was lost. The Fairey Barracuda, a three-seat carrier-borne torpedo and dive bomber, is understood to have crashed into the Solent on a test flight.

The aircraft, believed to be BV739 of 810 Naval Air Squadron, hit the water 550yds (500m) from the coast shortly after taking off from RNAS Lee-on-Solent. The wreck was found by National Grid engineers last summer when surveying the area ahead of the Interconnexion France-Angleterre 2 (IFA2) project. IFA2 is part of a £2bn programme aimed at using offshore interconnectors to secure sustainable and affordable energy. It is the National Grid’s second electricity subsea interconnector to France and is a joint venture with French transmission system operator RTE.

David Luetchford, head of IFA2 for National Grid said: “Interconnectors are about bringing us closer to a zero-carbon future, but we must also respect the past. An important part of our job is to always have a thorough and sympathetic approach to archaeological finds. Over the course of the project we’ve inspected over 1,000 targets of interest, many of which were found to be unexploded ordnance, not unusual given the history of this location.

“To have found a Fairey Barracuda is incredible and such a key piece of British history… [It’s] not every day you get the chance to play a role in an operation like this and it is very lucky to have found the plane in such a small search area. We surveyed a 180m-wide area along the cable route and if we had chosen a slightly different route, there is a good chance the plane would never have been found.”

At the time of writing, one wing had been recovered and work on lifting the second was under way, with salvage expected to be completed by the end of June. Experts from Wessex Archaeology have been carefully excavating the aircraft. Lead archaeologist Euan McNeil said: “Our team has been working closely with all those involved to ensure that any risks to heritage assets on the seafloor are mitigated. This aircraft is a rare find and a fantastic opportunity to understand more about a piece of wartime technology.”

The recovery will aid a Fleet Air Arm Museum project to recreate a complete example of this type of aircraft and the parts will be taken to the Somerset-based museum for study. David Morris, curator at The National Museum of the Royal Navy said: “This is an incredible find… There are very few blueprints of the Barracuda available so this wreckage will be studied to enable us to see how the plane segments fitted together and how we can use some of the parts we currently have.”

BV739’s pilot is believed to have been Sub-Lieutenant D J Williams, who survived the war. Wessex Archelogy is trying to trace Williams and is keen for anyone with information about him to get in touch on 01722 326867. 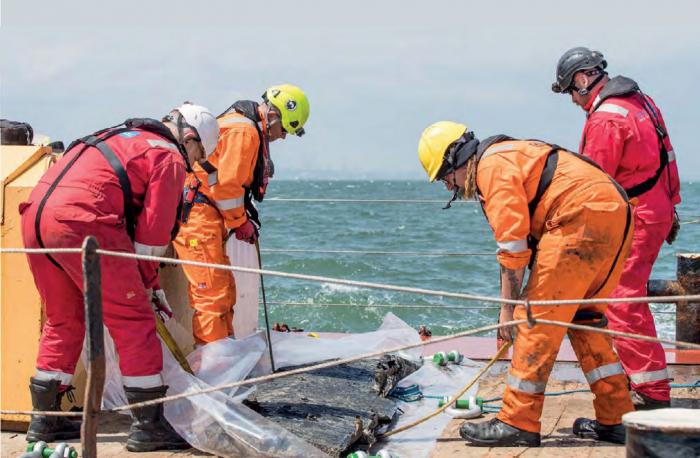 A close up of part of the Barracuda wing which has been lifted from the sea.