BATTLE OF BRITAIN AT 80: Leading the Pack

For the men of 32 Squadron, the Battle of Britain began a week early, as Andrew Thomas explains 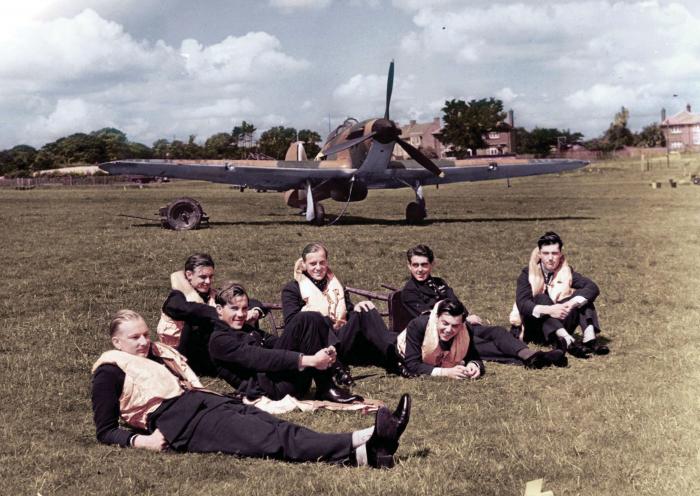 WITH THE PILOTS OF B FLIGHT SITTING IN FRONT, A 32 SQUADRON HURRICANE SITS READY FOR THE NEXT SCRAMBLE CALL AT THE ADVANCED BASE AT HAWKINGE. LEFT-RIGHT: PLT OFFS RUPERT SMYTHE, KEITH GILLMAN, JOHN PROCTOR, FLT LT PETER BROTHERS, PLT OFFS DOUGLAS GRICE, PETER GARDNER AND ANTHONY ECKFORD
VIA JOHN WEAL

After the exertions of the battle in France, RAF Fighter Command began to rebuild many of its battered squadrons to repel the expected imminent invasion. Hitler issued his initial order for this on July 2, 1940 specifically directing: “The British air force must be eliminated to such an extent that it will be incapable of putting up any substantial opposition to the invading troops.” As a preliminary to this, from the beginning of July, the Luftwaffe began attacks on Allied shipping in the English Channel.