Three gun trucks from left to right: Snoopy, The Saint, later The Red Baron and Frustration 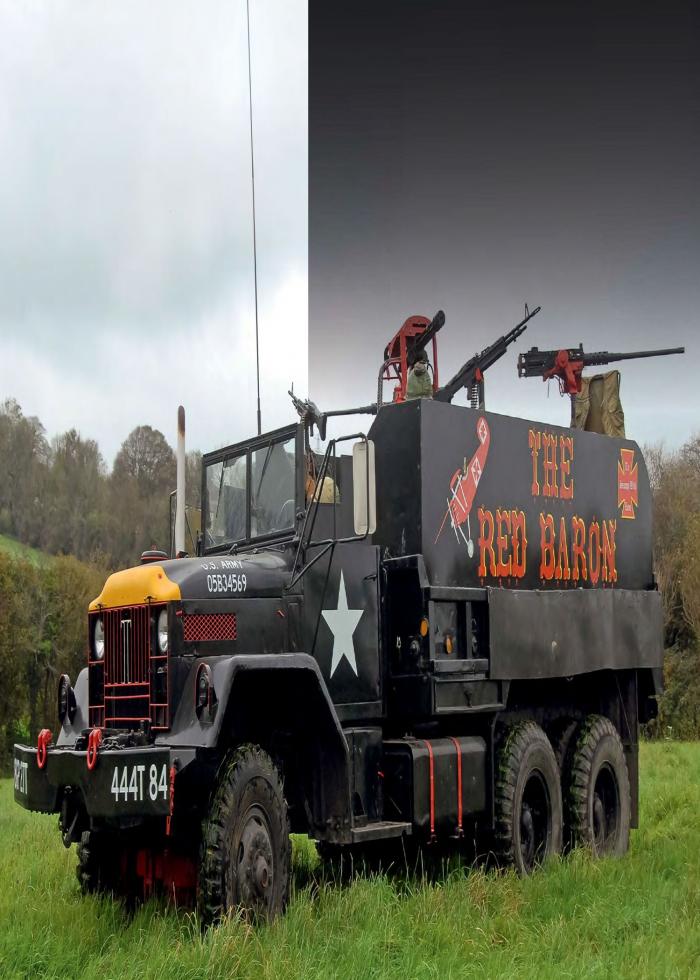 Modified from a standard wooden sided M54 cargo truck, this Red Baron replica is as accurate as possible, given that it is driven on 21st century British roads

Most military vehicles are developed as the result of painstaking research and testing. Prototypes are considered and rejected until a vehicle fit for a military contract satisfies the body responsible for defence procurement and budgets. Occasionally circumstances in the field will demand a vehicle fit for purpose and this process becomes irrelevant. The result is a jury-rigged vehicle adapted to a particular need, often ingenious in design and execution and always expedient. The Vietnam gun truck which saw service in some of the most risky situations is one such example. Their crews were drawn from experienced drivers, an elite group within the transport companies, selected from the most skilled, valiant and courageous of volunteers.