The battle for crete

This museum preserves Cretan military history and contains its hardware 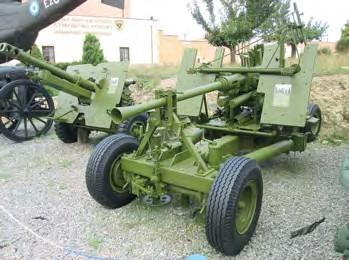 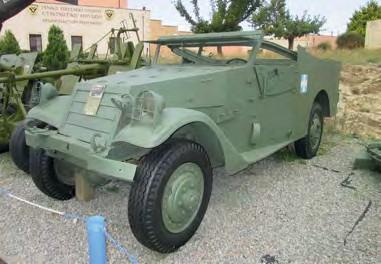 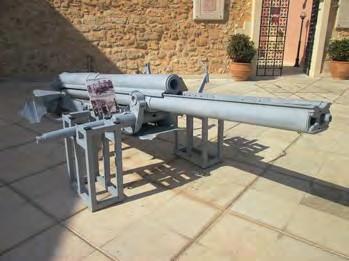 A Bulgarian artillery piece captured by the Cretan Division in 1918. The breech block had been intentionally destroyed 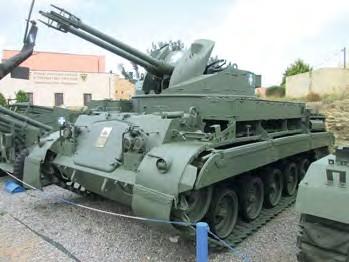 M42 self-propelled anti-aircraft gun was also known as the Duster. Built between 1952 and 1959 it was in service until 1988 and saw service in Vietnam in a ground attack role utilizing its 40mm M2A1 Bofors main armament

Chromonastiri Military Museum near Rethymnon on the island of Crete

The Germans chose Crete for the first major parachute-borne invasion in May of 1941.

Codenamed Operation Mercury, it cost the lives of thousands of elite ‘fallschirmjager’ and mountain troops and would not have succeeded but for the combination of the dogged fighting skills of the invader, poor preparation and communication by the Allied forces and their bad tactical decision-making despite being aware of the German plans through Enigma decrypts.

Their story of the valiant, but futile, resistance of Allied forces and the Cretan civilian population, is told at the Chromonastiri Military Museum, a few miles inland from the north coast city of Rethymnon, around which some of the hardest and most savage fighting took place.

The display includes a M24 ‘Chaffee’ tank, a White Scout Car, an M42 ‘Duster’ mobile anti-aircraft unit and a 25 pounder artillery piece while the piece-de-resistance is a Bell UH-1 Iroquois helicopter better known as a ‘Huey’ which is an iconic part of our collective memory of the Vietnam War and the countless movies it spawned. All of the vehicles appear to be in good condition although it looks as if they may stay exposed to the elements all year round and it appears unlikely that any of them have turned a wheel or a propeller for some time!

The Chromonastri Museum is owned and operated by the Hellenic Army. It contains an excellent account in words, pictures and displays of Operation Mercury, the evacuation of the Allied soldiers and some harrowing covertly photographed evidence of some of the atrocities subsequently visited on the population.

There are many original artefacts in the museum including uniforms, equipment, maps and a comprehensive collection of weaponry including the iconic Bren Gun and the infamous Luger pistol for the firearms buffs to salivate over.

Other rooms contain accounts of the Greek role in World War One, and there is a considerable collection of Italian military artefacts from Mussolini’s ill-fated attempt to replicate the success of his Axis partner, Hitler. Mussolini demanded that Greece allow Italian forces to occupy strategic locations on Greek soil following the Italian annexation of Albania in May 1939.

On October 28, 1940, the Italian demand was met by a single word response from Greek prime minister, Ioannis Metaxas. He stated simply “Ohi” or, in English “No”. This refusal prompted the Italians to launch a disastrous invasion which led the Germans to support their failing ally and ended up in defeat for Greek, British and Commonwealth forces in the Battle of Greece as the much more effective Wehrmacht proved a superior fighting force in all departments.

Ohi Day is still celebrated on October 28, each year and remains a source of great pride for the Greek nation.

Outside are two field guns, minus wheels, captured by the Cretan Division in the Battle of Skra on the Macedonia Front on May 17, 1918. Of particular interest is the fact they have been ‘spiked’ and the breech blocks are blown apart.

The Chromonastri Museum is one of the best of its type I have visited and, along with the usual delight of seeing a range of military vehicles, it offers a useful narrative of the Battle for Crete, its occupation and the resistance that followed. Well worth a visit. 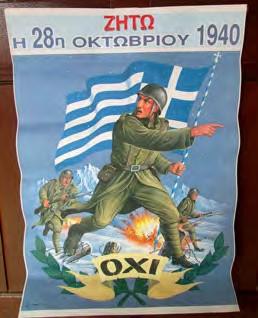 The museum is easily reached by car although parking is limited to the roadside and it is also on the route of the frequent sightseeing bus and Yellow Road Train route from Rethymnon.

It is open during the summer on Tuesday-Friday between 8am-2pm and Sunday 10am-3pm; closed Monday and Saturday.