The Standard Motor Company’s output during the war comprised mainly of aircraft, the most famous being the Mosquito, of which they built 1066 examples. But car building was not totally ignored, writes historian Phil Homer 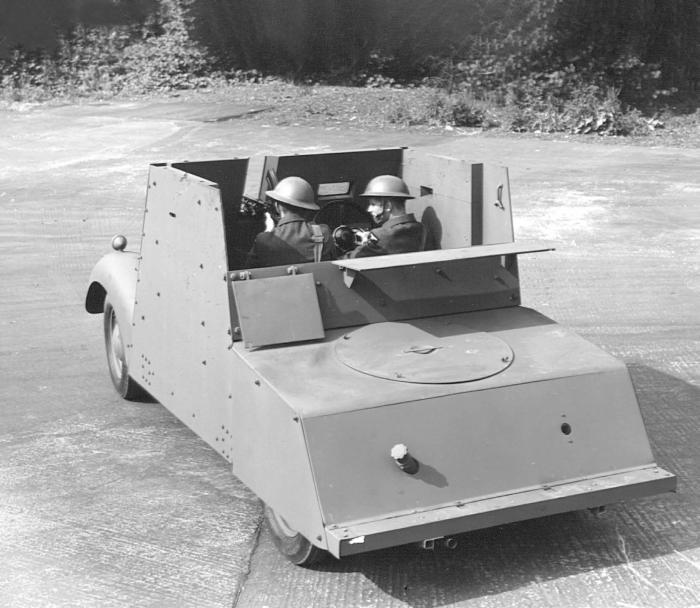 Mk II rear. The additional armour plates could be raised but still leave a slot for the machine gun – oak internal planking is in evidence
STANDARD MOTOR CLUB ARCHIVES

When the British Army was evacuated from Dunkirk in May and June 1940, almost 340,000 soldiers were repatriated. Unfortunately, they left almost all their armaments and vehicles on the beach. An invasion by Hitler’s army was expected imminently and there was precious little in the way of effective defences. The rush was on to rearm.

Industry turned itself to the defence of the UK’s shorelines in case the very real threat of a German assault should take place and the Beaverette was part of that initiative.

In addition to ambulances and utility vehicles, the Standard Motor Company also turned its hand to building light armoured cars for the war effort and built some 2,800 of them. Adapted from a pre-war car, the Beaverette comprised the Standard Flying 14 chassis and was powered by a 14hp engine. The idea is credited to Lord Beaverbrook, Max Aitkin, conservative MP and owner of the Daily Express and London Evening Standard (before the war, The Daily Express had the largest daily circulation in the world).