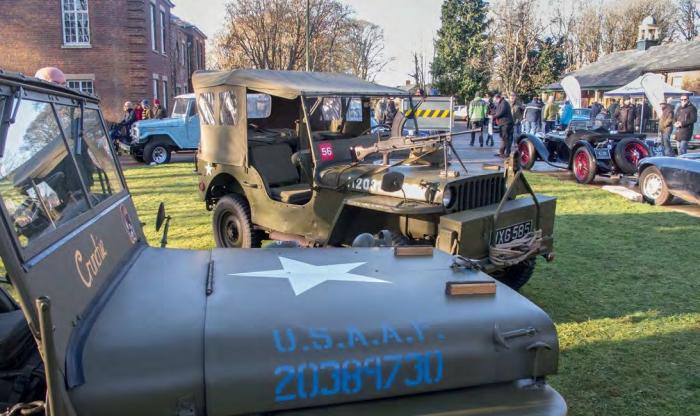 Those hardy enthusiasts who seem oblivious to the cold were out in impressive numbers at the Bicester Heritage ‘Scramble’ on Sunday January 7. A glorious sunny day and a balmy three degrees if you sheltered from the wind made this ‘scramble’ the biggest yet in the short history of Bicester as a motoring event venue. The site itself has an illustrious history, being an RAF base since the formation of the force and having been the site of some of the first ever military flights under the banner of The Royal Flying Corps in 1916. Many of the original red brick and reinforced buildings remain, now housing restoration businesses catering for classic and vintage cars and bikes.