The American AR-15 is the fourth mostproduced rifle in history, but British troops were the first to take it into action. Former army firearms instructor Craig Allen profiles the ‘AK of the West’ 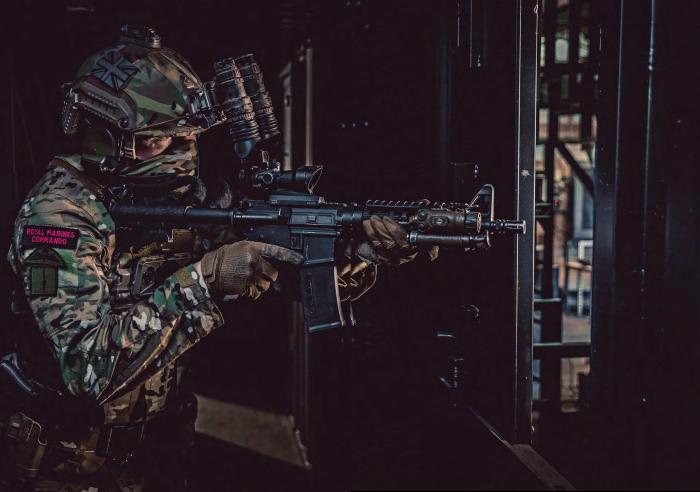 For now, the standardissue rifle in the US Army and Marine Corps is the M4/M4A1 Carbine. With its possible replacement slated to begin in 2022, this and other derivatives futuristic-looking M16 have served for almost 60 years. However, it seems it is hard to keep a good design down, and this rifle – originally designed in the 1950s – is serve with British forces for years to come.

Despite being an American icon, some of the first troops to use the ‘Black Rifle’ in action were British. In the early 1960s, the army was engaged in a confrontation with Indonesia over control of the now Malaysian states of Sarawak, North Borneo and the independent Brunei. British infantry, Gurkhas and special forces routinely deployed into the contested border region to counter incursions from Indonesian irregulars and special forces. It was a low-intensity campaign, with British troops operating from remote jungle bases, supplied by helicopter, and employing tactics perfected during the Malayan Emergency.