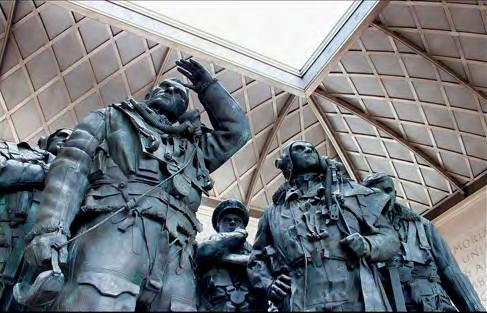 A MEMORIAL to the 55,572 men of Bomber Command who died in the Second World War has been vandalised – for the third time since the memorial’s unveiling.

The memorial, sited in London’s Green Park, has been defaced by the spray-painting of the world ‘Jesus’ on the external pillars. The writing was clearly legible from more than 50 metres away.

A spokesman for the RAF Benevolent Fund, the charity responsible for maintaining the memorial, said: ‘We are extremely disappointed and saddened that the Bomber Command Memorial has once again been subjected to vandalism… Work is currently under way to remove the graffiti.’

The memorial consists of the external pillars, crafted from Portland stone, and features the bronze sculptures of a typical Bomber Command aircrew as its centrepiece. The roof of the commemorative structure incorporates sections of metal recovered from a Handley Page Halifax III, which was shot down over Belgium with the loss of eight crew on 12 May 1944.

Both men were caught, with the first offender detained under the mental health act and the second jailed for 12 weeks for criminal damage. 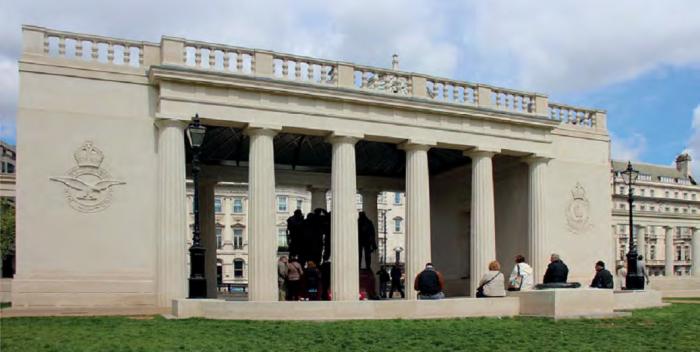