With spirit that belies his 93 years, in June 2017, David Teacher MBE is going to Normandy in a Bedford QL, 73 years after he did it the first time. His trip will benefit from your help 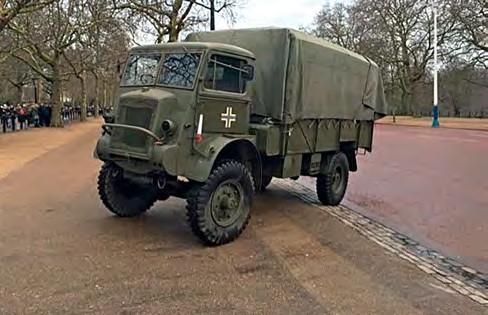 Craig’s truck on The Mall marked up with German markings, features in the opening scene of SS-GB. 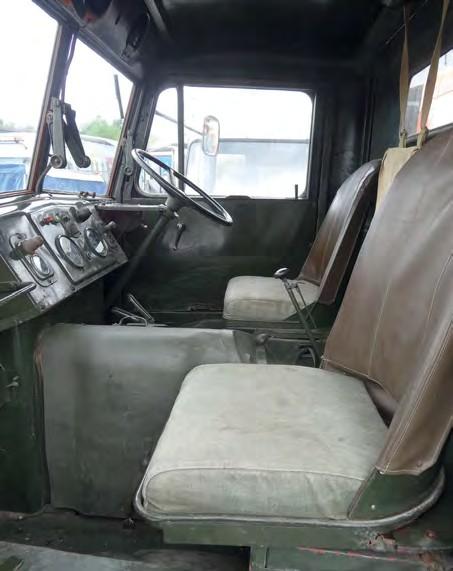 Inside the cab there’s few comforts. It won’t be the most salubrious ride to Normandy, but this time there’s no enemy fire to face 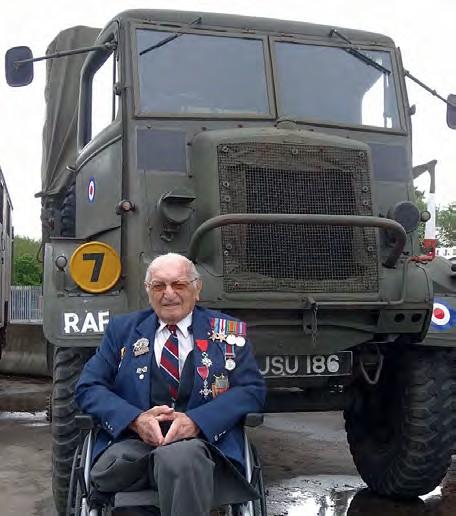 On location at Craig’s yard having pictures taken for the book. Now that he has a wheel chair, David needs a lift to get into the truck 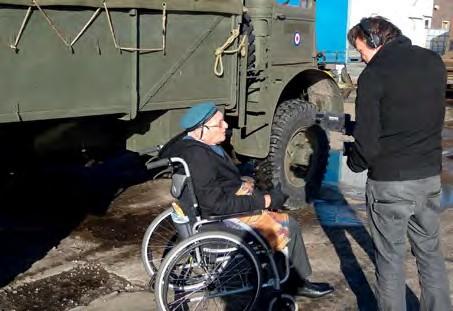 A chance encounter on a train between three men led to CMV hearing a remarkable story of beaches, Bedfords and bravery. David Leon Teacher MBE, D-Day veteran, was travelling home from an event with Chris Cookson. David was wearing his medals and they drew the attention of the man sitting opposite who was reading a previous edition of this magazine.