British Harriers to go on Show in Arizona 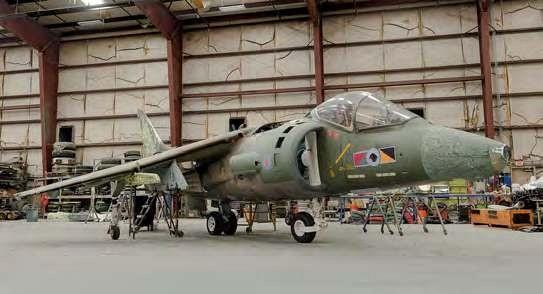 Harrier GR.5 ZD353 in the Pima workshop on 4 September.
VIA PIMA 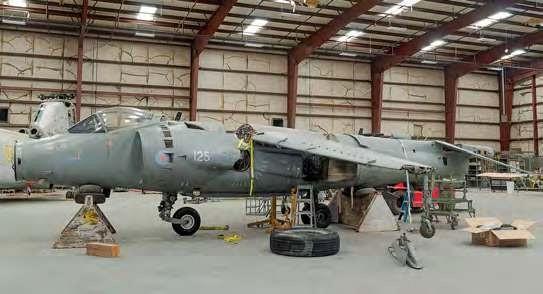 TWO BAE Harriers have entered the Pima Air & Space Museum’s workshop in Arizona, prior to going on display. One-time 233 Operational Conversion Unit (OCU) BAe Harrier GR.5 ZD353 entered the reassembly workshop in early September having joined the collection last year. The secondgeneration Harrier, which has retained its dark green RAF livery and OCU markings, had been in storage awaiting its turn in the busy workshop.

When completed it will become part of an already impressive British Harrier line-up at the museum, which includes GR.3 XV804 and the Kestrel development aircraft, XS690.

Pima also took delivery of former Fleet Air Arm Sea Harrier FA.2 ZH810 on 5 September, the only example of its type preserved in a US museum. It joined ZD353 in the workshop and is expected to go on show in the autumn.