Matthew Hallett has restored Willys MBs, Ford GPWs and a host of military motorcycles but always hankered after a T82 Kűbelwagen 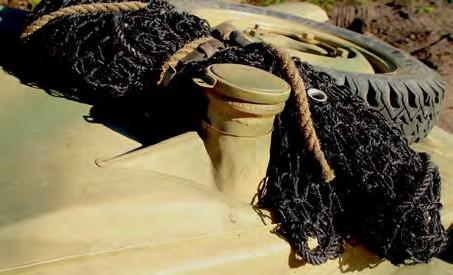 A replacement petrol tank had been fitted post war in Czechoslovakia and achieved by cutting the original narrower neck and welding on a later, wider one in situ 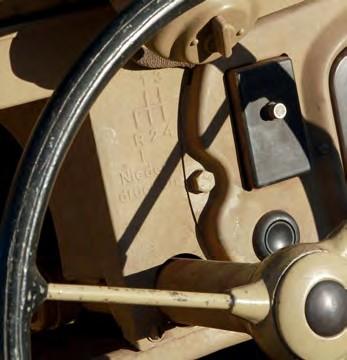 Through the later style steering wheel spokes can be seen the gearbox layout with ‘Nieder drűcken’ instructing ‘press down’ for reverse gear. The wiper motor is a modern Japanese item 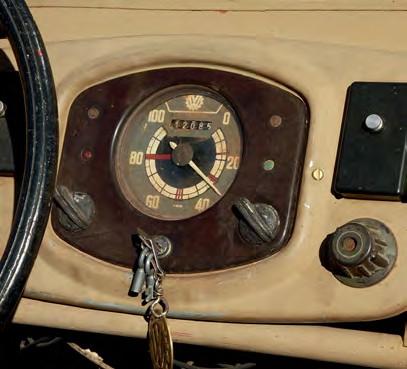 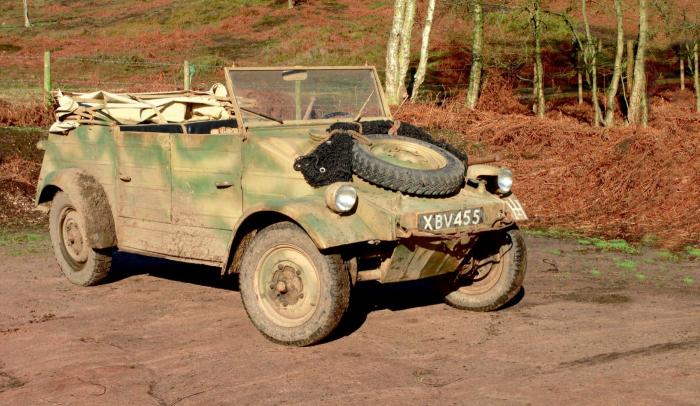 The distinctive lightweight ridged body of Matthew Hallett’s Kűbelwagen or ‘bucket car’ dates from 1941 and sits on a 1944 chassis, both spending time in Czechoslovakia

In the late 1970s, unable to afford a Jeep, Matthew Hallett stencilled a white star on the bonnet of an olive painted - and at £100, a much more affordable - Land Rover Series One 80in. Setting aside his treasured Dinky toys, which included a Kűbelwagen, Matthew began building and collecting real military motorcycles. He had been gathering a miscellany of militaria from around the age of nine and through his late teens had been glued to every episode of M*A*S*H, paying particular attention to the various models of Jeep the cast drove.