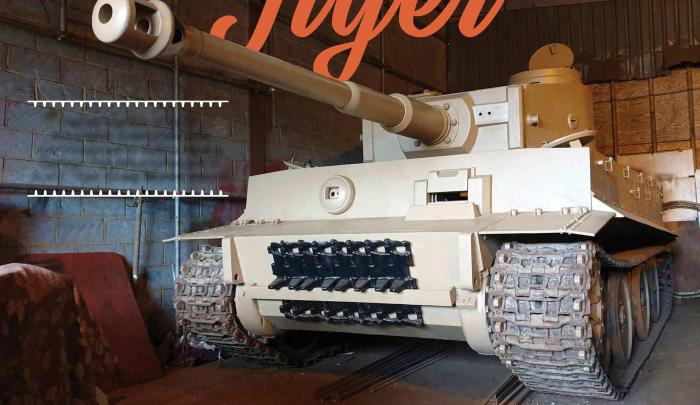 The finished replica Tiger tank waiting to be shipped out to its new owner in Tennessee, US. It was based on the Tank Museum’s Tiger 131.
pictures Craig Moore and Harold Marillier

Where do you even start when building a replica Tiger tank? This is the question I put to Harold Marillier of HCM Associated Enterprises based in London. Well, it turns out you first need an order and budget for one.

In this case, that was provided by Benton Bryan of the World War Two re-enactment group Panzer Group South located in Tennesse, US. Once that’s sorted, you then need a suitable donor tank. “Everything depends on the client’s budget, whether the client wants to go for a scratch build or use a donor tank hull,” explained Harold.

“Russian T-54, T-55 and Chinese Type 69 tanks are the most suitable because dimensionally, they are similar, but luckily just slightly smaller in size. This enables additional armour to be placed on the side, front and rear of the hull to match precisely the width and length of the Tiger tank.”