Buried Among Kings: The Story of the Unknown Warrior

Marking the centenary of the Unknown Warrior’s final resting place in Westminster Abbey, a new exhibition has opened at the National Army Museum 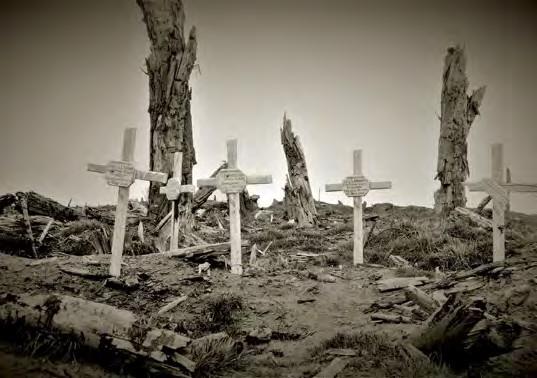 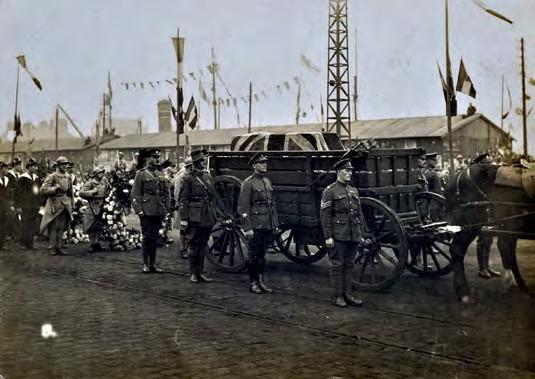 COFFIN OF THE UNKNOWN WARRIOR, BORNE IN A WAGON WITH A GUARD OF ALLIED SOLDIERS, BOULOGNE, NOVEMBER 10, 1920
NAM

New research and recently discovered documents are among the highlights of a display now marking 100 years of remembrance of the ‘Unknown Warrior’. On show for the first time is a fragment of the original wooden Cenotaph erected from 1919-1920.

Back then, the monument was supposed to be temporary, but struck such a deep chord of public feeling that it was turned into Britain’s national and permanent war memorial.

Now, the exhibition uses objects, paintings, photography and personal testimony to explore the physical journey and burial ceremony for the chosen warrior and the global legacy of the grave, from 1920 to 2020.

The selection of the Unknown Warrior is explored, a process that was shrouded in secrecy and remains much disputed to this day. Key accounts by Brigadier-General Wyatt, General Officer Commanding British Troops in France and Flanders, are displayed alongside the Bible carried by Chaplain George Kendall during the selection process, as well as a copy of the secret orders given to Captain Albert Fisher. 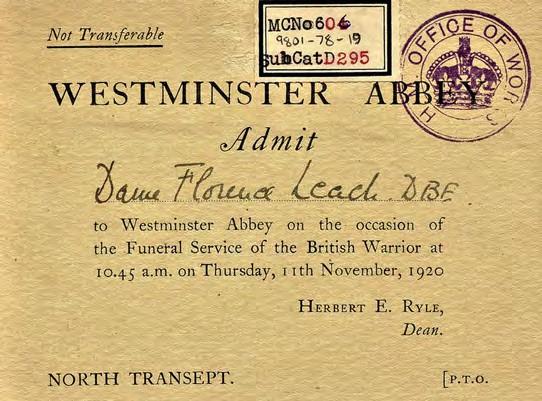 TICKET TO THE FUNERAL OF THE UNKNOWN WARRIOR, 100 YEARS AGO
NAM

The exhibition delves into story of the final resting place of the bodies that were exhumed during the selection process but were ultimately not chosen to be the Unknown Warrior.

Hundreds of thousands of soldiers were killed during World War One; many men were lost entirely and many more could not be identified. Justin Saddington, curator of the Buried Among Kings exhibition at the National Army Museum, Chelsea, believes some 315,000 men were missing: “Either bodies that were completely destroyed or lost in the quagmire of the Western Front, or bodies that had been recovered but couldn’t be identified. They are still being uncovered in France. Farmers sometimes accidentally dig them up.”

But Saddington said it is not the identity of the Unknown Warrior that remains shrouded in mystery, but what happened to the remains of those who were not selected for the ceremonial burial: “The fate of the bodies who weren’t chosen is fascinating,” he told Britain at War.

Where was their final resting place?

Saddington continued: “General Wyatt wrote that they were buried in St Pol’s cemetery. But that just isn’t true as there are no graves there to these men. Another story which came to light in the late 70s was that the bodies were taken 50 miles from St Pol and buried in a shell hole on the Albert-Bapaume road where it was hoped they would be rediscovered and buried anonymously. That remains the most likely story, but recently another document suggests that these bodies might have been buried in Cagnicourt cemetery.”

Cagnicourt was captured by British troops on September 2, 1918, in the Battle of the Drocourt-Quéant Line. There are now nearly 300 graves there and, of these, more than half from the Great War are unidentified.

Saddington added: “There was no official account of how the selection process was done at the time, so our knowledge comes from later. This often conflicts and there are discrepancies.”

In 1916, Chaplain David Railton came up with the original idea for an Unknown Warrior after seeing a wooden cross on the Western Front, inscribed ‘An Unknown British Soldier’. The Union Flag displayed is on loan from the Railton family; its counterpart hangs in Westminster Abbey.

Saddington said the flag is his favourite object. Railton had been “deeply moved… it got him thinking about easing the pain of the bereaved and he came up with the idea of returning one of these missing bodies to Britain to be a permanent memorial”.

The final section of the exhibition looks at legacy and changing attitudes towards the Unknown Warrior and conflict in general. “Popular perceptions of the war have changed greatly,” Saddington said. “In the immediate aftermath it was very raw, millions of people had been bereaved – pretty much everyone would have known someone who died in the war. But there was also a much greater sense of patriotism and duty. That was used to justify the loss.

“During the late 1920s and 30s, war came to be seen as a much more grotesque, futile tragedy. That lingers on today – but there is still a deep-seated respect in the country for the armed services and the sacrifices made for the country. 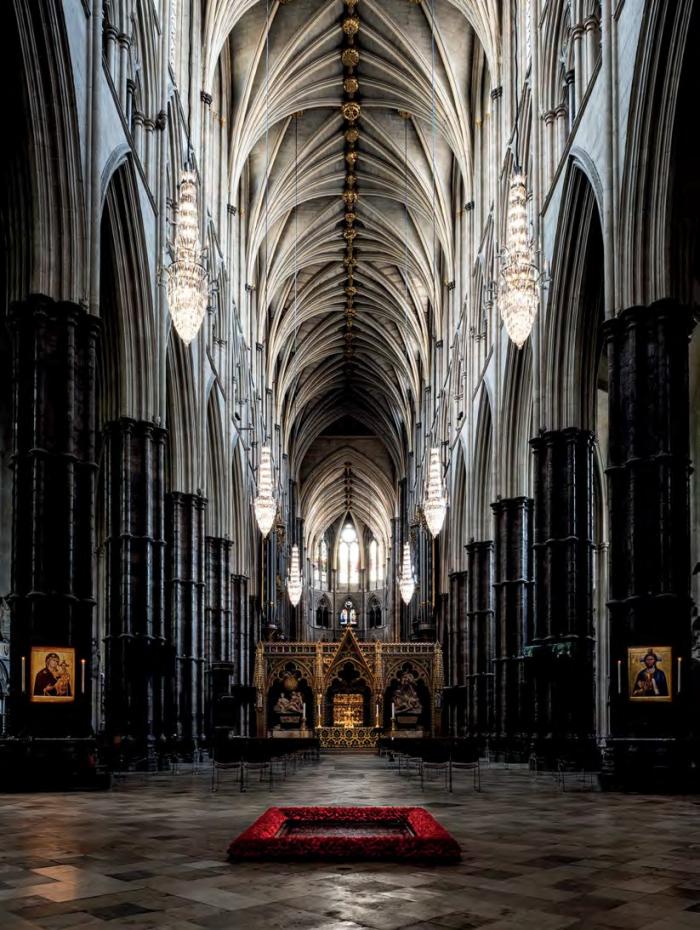 THE GRAVE OF THE UNKNOWN WARRIOR, WESTMINSTER ABBEY
NAM

This year, there is also a pop-up display from November 9-16 at Victoria Station, charting the journey of the Unknown Warrior from the Western Front to Westminster Abbey, commemorating the arrival of the coffin of the fallen soldier on November 10, 1920 at Platform 8, Victoria Station.

The identity of that soldier continues to intrigue: “The accounts by the men who undertook the selection process are very clear,” said Saddington. “He was unknown and unidentifiable. There is a specific document that dates from the time itself, written by some of the officers at St Pol, where the selection [of the body] was made. They are very emphatic about it – not even the General Officer Commanding in France knew who the body was. It’s definitely not known.”

The Buried Among Kings exhibition is at the National Army Museum until February 14, 2021.