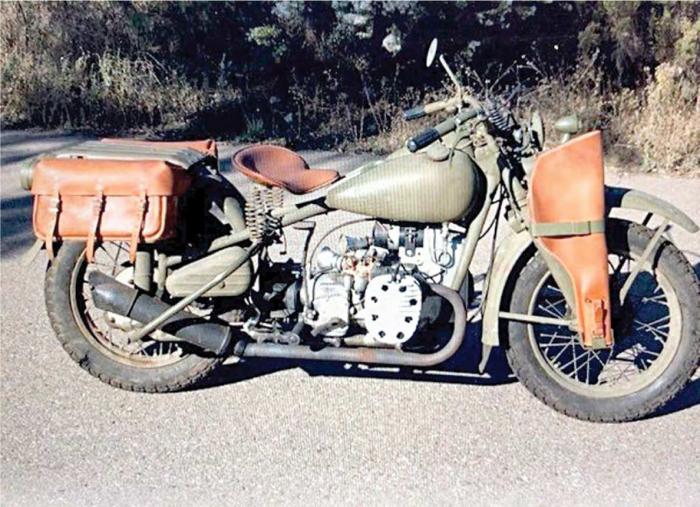 In 1982, I had been the owner of a 1942 Harley-Davidson WLA military motorcycle for 15 years and had a small collection of British and German World War Two military motorcycles. That same year I was offered a rare motorcycle and jumped at the chance. The Harley-Davidson XA (eXperimental Army) was essentially almost a direct copy of the pre-war German BMW R71 and flew in the face of the then-current motorcycle fashion in the US for large capacity chain-driven V-twins.

The thinking was that the German design made more sense in that the engine was a 750cc horizontally-opposed flat-twin with a shaft final drive. The horizontal cylinders were open to the wind rather than the V-twin where the rear cylinder always ran hotter and wore out earlier than the front. In trials, the flat-twin engine ran nearly 100° (F) cooler than the V-twin. The shaft-driven rear wheel was not susceptible to dirt and wear like a chain and was quieter and needed no constant adjustment.