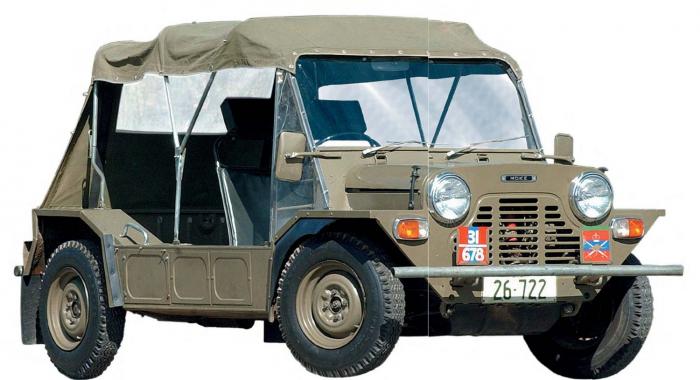 A lovely angle of the Moke that is in residence at the Bandiana museum in Victoria, Australia
pictures Craig Watson unless stated

The Moke was originally designed as part of the ADO15 (Mini) project, to meet military requirements for a lightweight and air-transportable utility vehicle.

The first prototypes were completed as early as 1959, even before the Mini went on sale. These had a wheelbase of 100in (254cm), and had no boxed-in side panniers. They were a full four-seater, with bench seats, and the fuel tank mounted in the back.

In 1960 they were supplied to the Fighting Vehicles Research and Development Establishment (FVRDE) at Chertsey in Surrey for extensive trials. At least three were tested by the British Army, one was tested by the Royal Marines for helicopter lifts, and one went to the RAF.