20 November 2017 marks the centenary of the Battle of Cambrai, the first mass tank attack in history, an anniversary marked every year by the Royal Tank Regiment. 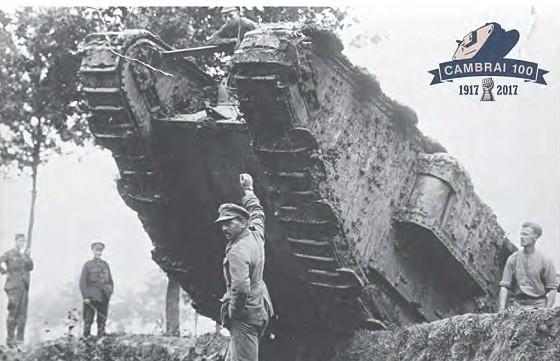 A Mark IV tank at Everdinghe, near Ypres, September 1917.

At 6.20am, on 20 November 1917, a surprise attack by the British Army created a major break in the German lines to commence the Battle of Cambrai.

The first tank, the Mark I, had made its debut on the Somme in September 1916. Success at this first battle was modest and tanks were entirely unsuited to the fighting in the first part of 1917 Tank Corps commanders were naturally frustrated at having both their potential and their machines squandered in this way - but Cambrai was the moment they had been waiting for. Losses for The Tank Corps at Cambrai were not modest; but the tank had shown what it could do when appropriately deployed, with Haig writing that the ‘great value of tanks in the offensive has been conclusively proved.’