Commemorating the 105th anniversary of the Battle of Cambrai 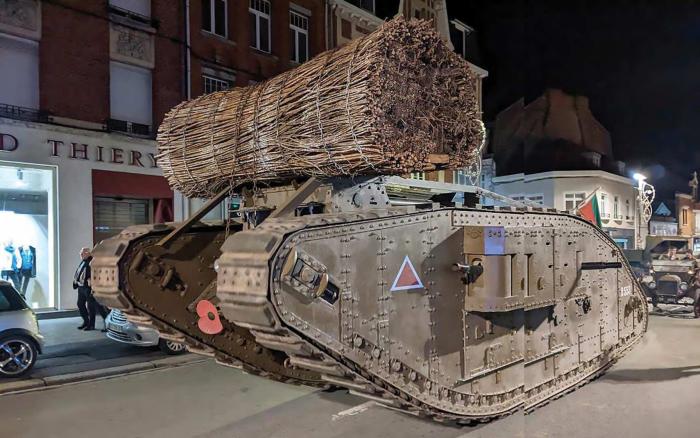 For the Royal Tank Regiment, the Battle of Cambrai which took place from November 20 to December 7, 1917 is a crucial part of their Regimental history. ‘Cambrai Day’ is commemorated every year at their home base in Wiltshire and every fifth year a commemoration and parade takes place in the French town of Cambrai. For the 2022 commemoration, the Regiment sought the attendance of a MK IV Tank and the Poelcapelle 1917 Association from Flanders were happy to oblige by bringing their working replica

‘Damon II’ from the Pondfarm collection outside Ypres the 120km to Cambrai. What came with it this year was a fascin’, a large bundle of sticks carried on the roof of the tank which could be dropped into an enemy trench, thereby allowing the tank to cross over unhindered. The fascine, made to original specifications, was assembled from approximately 75 smaller bundles (each being ten feet long) and tightly held together by chains. The fascine had been made for the tank’s appearance at the Great Dorset Steam Fair and was delivered to Cambrai from Pondfarm in the back of a 1918