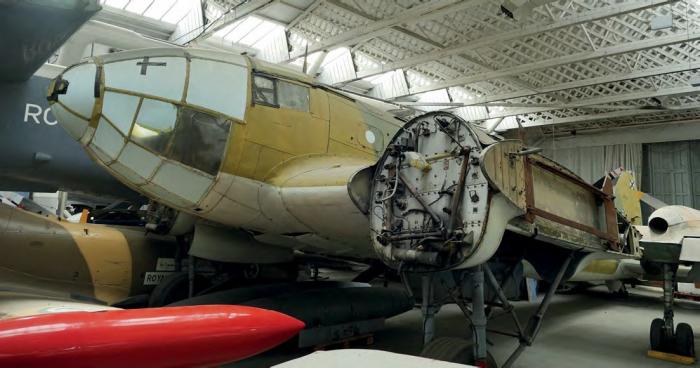 A MERLIN-ENGINE, CASA-built He 111H-16 has been acquired on a permanent basis by the Hawkingebased Kent Battle of Britain Museum Trust. The former Spanish air force bomber, which is in need of cosmetic renovation, is currently located at Duxford, Cambridgeshire, and has been since March 1998.

The volunteers from the Trust are currently in the early stages of arranging the relocation of the ‘Heinkel’ (a CASA 2.111B) to its new home. The museum’s chairman Dave Brocklehurst told Britain at War: “Today (September 30) is the start of my 41st year with the museum and it was our dream to represent every aircraft possible from the Battle of Britain within the collection. Getting a CASA was always the most likely option when we were looking at the German bombers, but we are lucky that this one was built as a He 111H-16 and converted to a CASA in 1952. We think it was built in late 1939 or the early 1940s, but we’re not sure if it was made in Germany or Spain. We are intending to convert it back to type Heinkel spec, with Jumo 211 engines and cowlings.”

The plan is to move the aircraft, either by road or underslung a helicopter, by the end of the year and have it on show by April 2020. The museum is in talks with the RAF and USAF about the air transport option, and have a back-up plan to move the 23ft (7m) wide 54ft (16.5m) long fuselage plus wings by road if needs be. (The Luftwaffe originally helicoptered the project over from Spain in 1998, but has indicated it’s unable to help this time.) The wings, props, the single Rolls-Royce Merlin engine that is coming with the project and other smaller items will be moved to Kent by road in early November.

Dave added: “To give us time to complete the work we need to undertake, which is basically cosmetic, we want to move the aircraft to Kent as soon as possible. The museum closes for the winter on November 3 and reopens on April 4, so we have a finite timescale to get the aircraft moved, assembled and repainted. We may not have Jumo cowlings made by then, but visitors will be able to see the German bomber when we reopen next year. It will be on display next to our Blenheim; a perfect start to the Battle of Britain 80th anniversary year.”

The project will be finished in the livery and marks of a Heinkel lost over Woolwich Arsenal, London, on September 15, 1940. Dave said: “We’ve selected this aircraft as we were involved in the excavation of the original aircraft [3104 ‘A1-DA’] and have large items from it on show in the museum.”

The aircraft – due to its large size – will initially be kept outside after its arrival at Hawkinge, but the all-volunteer team hope to get it under cover soon, possibly in a temporary building until a hangar can be arranged. Dave summed up his feelings about having the important aircraft at Hawkinge: “We are so excited to acquire this rare and important airframe. It’s a stunning addition to the museum and cements our position as the largest Battle of Britain collection in the world.”

The museum would welcome help – financial, new volunteers, or assistance with parts – readers can get in touch via the collection’s website or Facebook page. (See the Tribute to the Few feature in September’s issue for more on the museum.) www.kbobm.org 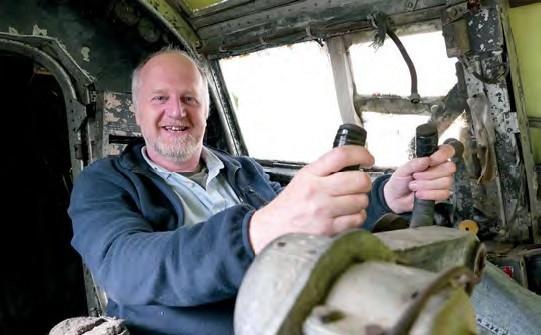