In the Centennial Footsteps of the Great War

BOOK OF THE MONTH 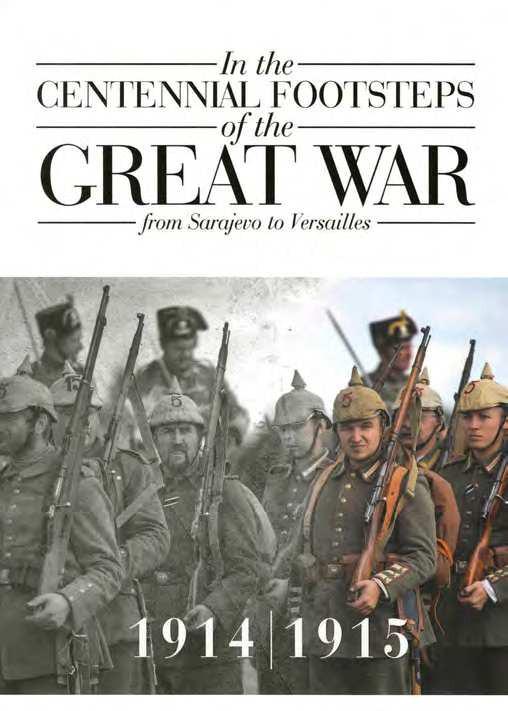 ON THE EVE of Britain’s entry into World War One, Foreign Secretary Sir Edward Grey remarked that “... the lamps are going out all over Europe, we shall not see them lit again in our lifetime”.

Four years later, Grey’s words had become incarnate – the world had unequivocally changed, and an entire generation of men, from all belligerent nations, had been lost or maimed. The legacy of the Great War and all its worldchanging effects live 104 years on from the Armistice that brought it to an end, even as the echoes of ‘the war to end all wars’ drifted from living memory with the death of the last veteran in 2011.

The ambitious headline in Attila Szalay-Berzeviczy’s weighty tome In the Centennial Footsteps of the Great War, boldly states “Lessons from the First World War to prevent the Third World War”, and indeed, this chronicle of the events of 1914-1915 is intended to weave narrative and remembrance back into the collective consciousness.

In this, the first of two volumes, the author covers the historical events of the first two years of the war through a collection of stunning photographs. Working with the historical consultants Dr Spencer Jones and Dr Ignác Romsics, the Hungarian amateur historian and photographer features every aspect of the war from its fateful background to specific battles, combining masterful photography with succinct descriptions. It has been crafted to offer a thorough understanding of the reasons, circumstances and consequences.