Just months after Pearl Harbor Japanese carrier aircraft would again launch a tactical masterstroke. Professor of Naval History, Eric Grove, explains how the IJN forayed into the Indian Ocean in the Easter of 1942. 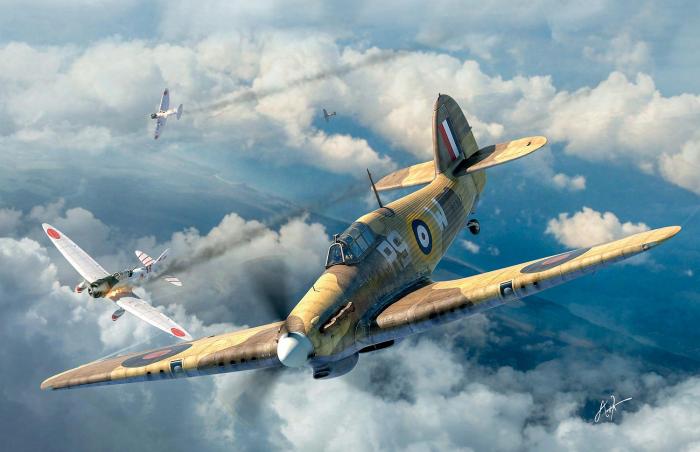 IMAGE Plt Off Jimmy Whalen downs two Vals in one pass over Ceylon, 5 April 1942. He downed another later that engagement. (ANTONIS KARIDIS) INSET Whalen with his Hurricane. (VIA ANDREW THOMAS)

What was Winston Churchill’s greatest wartime fear? Defeat in the Battle of Britain? Capitulation at Dunkirk? The U-Boat Menace? Surely, German invasion? According to Lester Pearson, Canadian Ambassador and later Prime Minister, Churchill ‘considered the most dangerous moment of the war, and the one that caused him the greatest alarm, was when the news was received that the Japanese Fleet was heading for Ceylon’. This thrust into the Indian Ocean not only threatened the Empire but also the main line of communication to the vital Persian oilfields and the whole British position in the Middle East.