CMV Pub of the Month

The area east and south of the city of London known since the 1970s as Docklands is synonymous with plush residences and hi-tech business districts. In the past however it was part of the chaotic, cramped and crime-rife Port of London, once the world’s largest port. Cold Harbour Road on the Isle of Dogs, on which The Gun sits, is a street ignored by time and developers and offers a peculiar insight into history. The building of the City Canal and the development of the docks isolated it and consequently left it preserved as an anachronism. The juxtaposition of cobbled streets and glass sky-scrapers is fascinating. 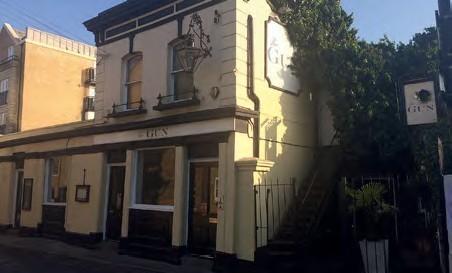 Rumour has it, that Nelson held his not-so-secret trysts with Mrs Hamilton here

There has been a public house on this site since 1720. It enjoyed a lively reputation as a smugglers haunt, with contraband being landed on the Thames frontage and distributed via a secret tunnel: there is still a spy-hole in the secret circular staircase to keep watch for the revenue men. The surrounding area was also home to the riverside iron foundries producing guns for the Royal Navy. 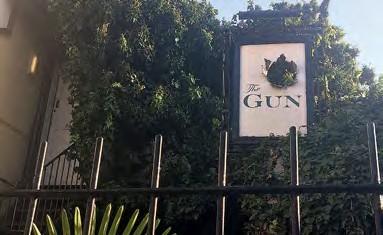 The Gun, named after the cannon which was fired to commemorate the opening of the West India Dock in 1802

The building dates back to the early 1700s but its current name derives from the cannon fired to celebrate the opening of the West India Import Docks in 1802.

They were the first purpose-built docks in the country and represented, at the time, the single biggest civil engineering project ever undertaken.

The Gun is at number 27 Cold Harbour Road. Number three Cold Harbour Road is known as Nelson’s House, although the evidence of him being actually associated with it is slim. He did regularly inspect the cannons though, as the admiralty fleet was moored nearby. The Gun claims he was a frequent visitor to the tavern and apparently he would regularly meet Lady Emma Hamilton in an upstairs room, now called The River Room, as they conducted their very public affair. The pub is now a friendly gastro-pub with a great selection of wines, beers and spirits and a menu making the ‘Best of British’ and if you don’t visit on a cold winter day, an expansive outside deck with seating and stunning views across the Thames to the O2 arena. 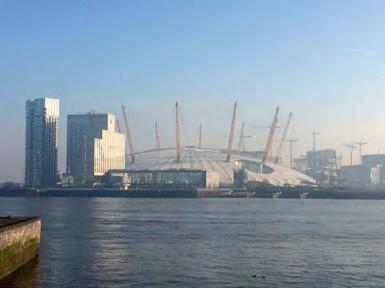