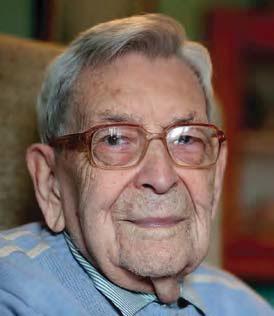 Born in Hull in 1908, Weighton has seen five monarchs reign, 22 prime ministers govern and three Olympic games hosted in London. The former engineer survived zeppelin raids on his hometown and spent much time working in Asia, primarily Taiwan and Japan.

He married his wife, Agnes, in Hong Kong and with the outbreak of war in 1939 the family attempted to leave Taiwan for home but were halted in Canada. In 1941, he was recruited by the British because of his knowledge of Asian languages and busied himself deciphering Japanese signals for American agencies. He eventually settled in Hampshire and now lives in Alton.

Weighton was confirmed as the world’s oldest man on March 30, at the age of 112 years and 1 day. He has entered the top 40 list for longest-living men. The secret to a long life? Laughter, he claims, and “to avoid dying.”.