A curious practice encouraged Royal Navy officers to seek advice and solace in The Bible, but not how you might imagine… Michael E Haskew explores the usefulness of scripture in sending succinct signals and ear-bashings 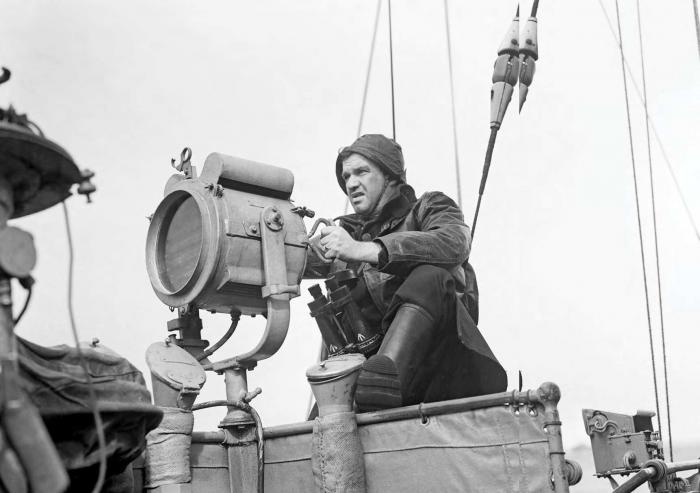 A SIGNALMAN ON HMS VISCOUNT USES AN ALDIS LAMP TO FLASH A MESSAGE TO CONVOY SC 104 IN OCTOBER 1942. DURING HER ESCORT OF THE CONVOY, THE DESTROYER RAMMED AND SANK THE U-661
OFFICIAL PHOTOGRAPH

In act 2, scene 2 of Shakespeare’s Hamlet, Polonius proclaims: “Brevity is the soul of wit.” The Royal Navy has, at times, taken this observation to heart, with communications between its ships transcending the obvious, the mundane and the workaday parlance of those plying the oceans of the world.

The instrument of such communications enhancements was the ‘Good Book’ itself, The Holy Bible. Boundless wisdom and advice for all walks of life are found in the timeless tome’s pages but, for mariners, Psalm 107:23-30 has a lot to say about distress at sea; this verse has since become known as ‘The Sailor’s Psalm’.

However, the Royal Navy often turned to the word of God for more than succour. From rear-admirals to ratings, seamen have offered each other pithy, poignant and perceptive prose as the circumstance dictates. This was a tradition reaching back perhaps to the early 20th century and the tenure of First Sea Lord Jackie Fisher, it took hold as wireless radio communication did, persisting into the Cold War. Considering naval use of Morse largely ceased in the 1990s, the practice had considerable longevity.