Commonly known as The Green Goddess (and uncommonly found in a sand colour), the Bedford RLHZ self-propelled pump had a critical role to play in the event of nuclear war

With the threat of war on the horizon in 1938, the provision of emergency fire-fighting services in the UK was under review and it was only then that it became a mandatory service that local authorities had to provide. The same year, the Auxiliary Fire Service (AFS), a volunteer organisation, was formed to supplement the resources of local authorities. 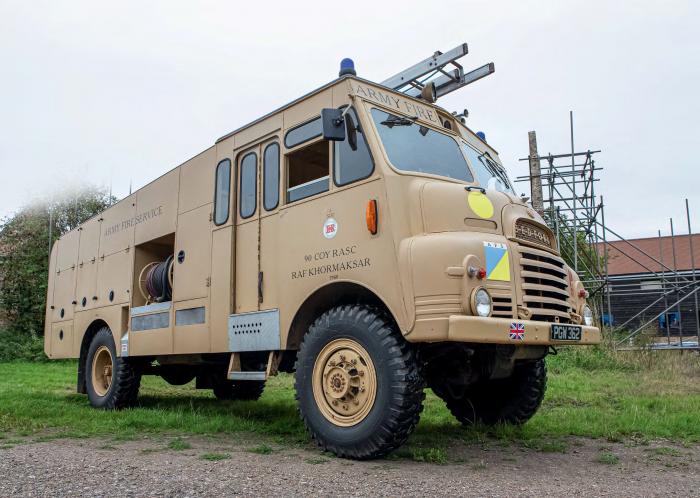 After collectively dealing with the demands of the blitz during World War Two, the AFS was absorbed into a newly nationalised fire service in 1941. The 39 fire areas of the National Fire Service across England, Scotland and Wales replaced the 1,668 brigades then in existence. The fire service was returned to local authority control on April 1, 1948, and the AFS was no more.