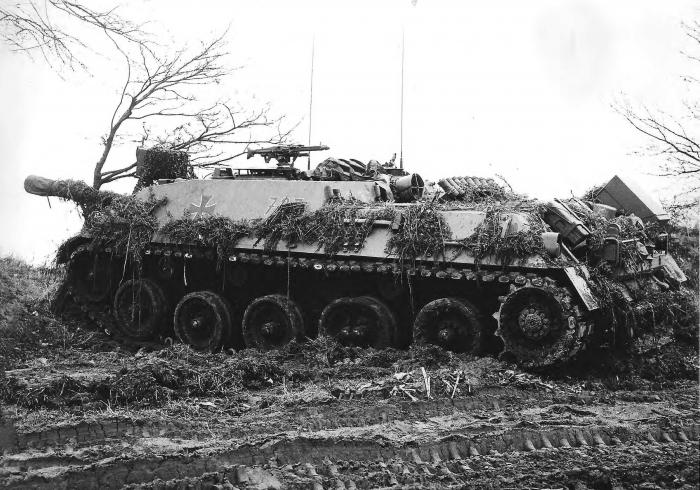 One characteristic of the German panzer forces in the second half of World War Two was a gradual move away from the conventional turreted tanks in favour of what was, in effect, a species of self-propelled (SP) gun.

They were variously known as assault guns or tank hunters the so-called Jagdpanzers or, as we might say, tank destroyers. They had several advantages including the fact they were turretless, so the gun was in the front of the hull making them quicker, simpler and easier to produce. They also mostly had a lower profile than a turreted tank and, by avoiding the complication of a turret, one could, generally speaking, mount a larger gun on a given chassis than would fit into a turret.