The Forgotten Dead is the story of one particular military vehicle - a Duplex Drive Sherman tank - and everything it has come to stand for.

It relates to the story of how the Sherman in question was rescued from the sea off the beach known as Slapton Sands in Devon. The tank was lost in April 1944, along with 946 American personnel, when Exercise Tiger, a training exercise ahead of the D-Day landings, went catastrophically wrong.

Almost 40 years later, thanks to the unstinting efforts of Ken Small, a hairdresser and proprietor of a local guest house, the Sherman was raised from the sea bed and turned into a memorial to those lost. It took Ken Small around ten years from hearing about the tank to seeing it come ashore and in between he was faced with seemingly endless and insurmountable bureaucratic obstacles that involved trips to the USA and digging out some of the concealed history about what went wrong during Exercise Tiger.

Ken Small’s determination to see this project through was immense, considering it only started when he was beachcombing while recuperating from a bout of depression.

Coins, shrapnel and shell cases were regularly among the things he found and piqued his interest, but did little know he’d end up paying $50 for a DD Sherman. 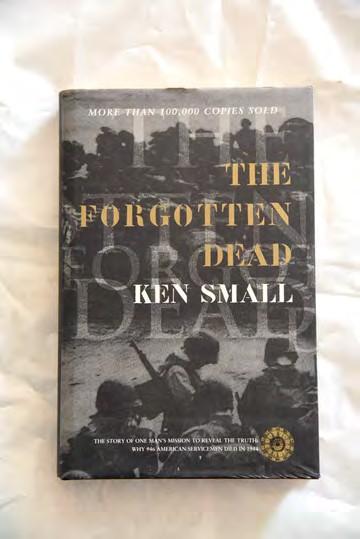 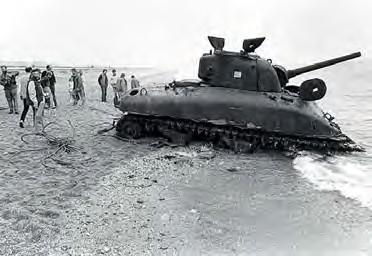 The Sherman is winched ashore 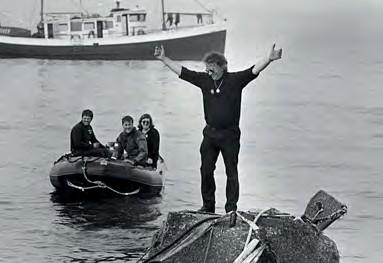 Ken Small atop the Sherman in 1984

Once the tank was ashore it quickly became a memorial and a focal point for families who’d lost relatives, and culminated in Ken Small getting a letter from the then US president Ronald Reagan in 1988.

This book was published in the same year although the copy shown here was one of several later editions and I’m pleased to say that I bought it off the author in the car park adjacent to the Sherman in 2003.

We chatted and I told Ken Small my own beachcombing story about Slapton Sands when, as a child on a family holiday long before the tank was salvaged, Dad and I found an amalgam of rust, shells and mud about five inches in diameter. We knocked it open with a stone to find a piece brass easily identified as part of an explosive shell. He nodded interestedly, signed my book and told me he was unwell. He died in 2004 and a plaque now commemorates him on the Sherman that he invested so much time and energy into.

More information at www.exercisetigermemorial.co.uk. Visit the Sherman just outside Torcross in Devon. JC 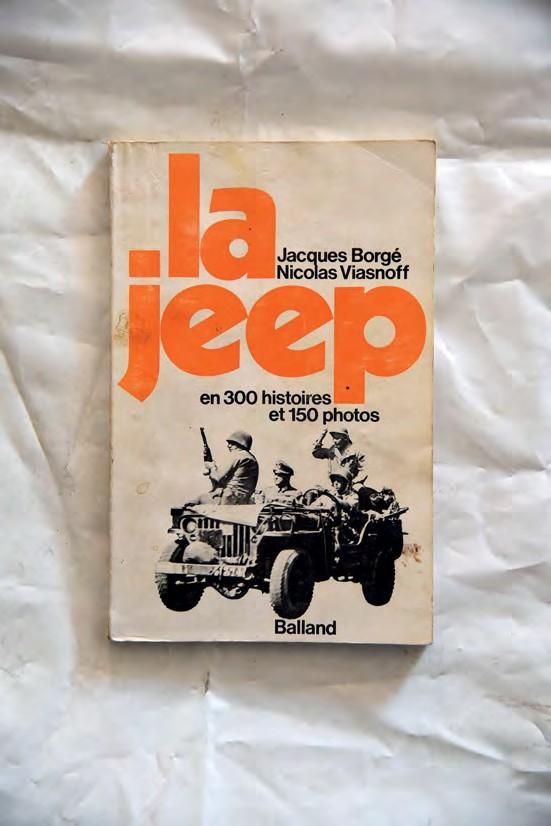 In the military vehicle world, Jeep books are easy to collect as there are so many of them of all ages and sizes.

This one shown here may be one of the rarer ones, at least for UK readers of CMV, as it’s a French-language book from the 1970s.

Like most Jeep books, it has chapters on the Jeep’s development, the mass produced models of World War Two and other things like the famous GPA ‘Half Safe’ that circumnavigated the globe along with the sort of archive photographs - around 150 in number - and illustrations you would expect.

However, as a French publication, it has information and photographs on things that are less frequently found in other Jeep books. There’s some content on Hotchkiss Jeeps in both M201 and JH101 forms and a section on the famous Rallye des Cimes off-road race in the Pyrenees that started with farmers racing war surplus Jeeps. There’s some information on Jeeps used in French Indochina and the colonial wars in Africa such as the Congo where French mercenaries ‘les affreux’ were numerous and became household names. Finally there’s content that considers the plethora of postwar 4x4s spawned by the Jeep concept including a few of the less common ones such as the Delahaye VLR, the Minerva Land Rover, the M151 and Mighty Mite.

This slightly dog-eared copy was bought secondhand years ago at a military vehicle event for £15 and, at the time of writing this, there’s just one copy for sale on line via AbeBooks for more than double that.

If you collect Jeep books and want one that is a bit different, this one won’t disappoint. It’s one that I’m very happy to have in my collection. 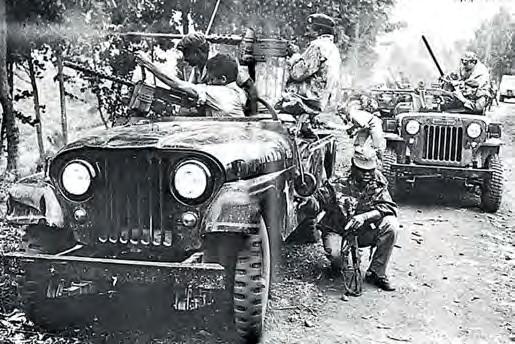 Jeeps during the Congo War