They were the ’ordinary’ men and women doing an extraordinary job, in extraordinary circumstances. Their only weapons were hoses, their only ammunition water and they had to stand and fight on the fireground or exposed up tall ladders, in the face of the enemy’s bombs, bullets and flames as Austin J Ruddy explains. 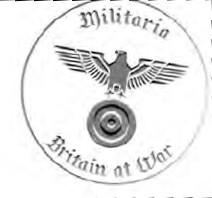 Churchill dubbed Britain’s wartime firefighters ‘Heroes with grimy faces’. Less well-known, he also paid tribute by stating ‘… they are a grand lot, and their work must never be forgotten’. But it hadn’t always been like that. During the Phoney War, the fire service had been mocked as ‘the darts club’ or even call-up dodgers. It took the fearsome fires of the Blitz – and hundreds of casualties – for the public to realise their worth and in this further guide to Second World War Home Front collectables, we focus on memorabilia associated with Britain’s wartime Auxiliary Fire Service (AFS) and National Fire Service (NFS).