History records that Hitler cancelled his invasion of Britain in September 1940. However, for most Britons the perceived threat loomed for several years and the menace initially resembled the impending fear felt at the height of the Cold War. In the first of two articles, Austin J Ruddy studies British memorabilia related to the invasion threat, revealing some surprising conclusions. 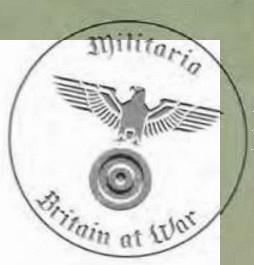 FOLLOWING THE evacuation of the British Expeditionary Force from mainland Europe in 1940, the might of Hitler’s armies faced Britain, just 20 miles (32km) away across the English Channel. There was a growing fear the UK would be next in the Führer’s sights. A new force, the Local Defence Volunteers, was formed on 14 May 1940 to counter any invasion (see issue 131 - Militaria Collecting: Home Guard Memorabilia), alongside the regular military. But what about the nation’s 46 million civilian population? What contribution could they make?