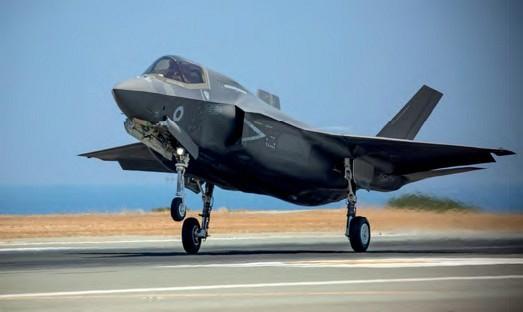 Britain’s new F-35B multi-role aircraft have had their combat debut, marking a return to operations for 617 Squadron. The jets, of which Britain currently operates 17, have completed at least 14 ‘armed reconnaissance’ sorties over Iraq and Syria as part of the ongoing campaign against the remnants of so-called Islamic State.

Flying from RAF Akrotiri, six F-35Bs have been flying sorties to support intelligence gathering, as well as completing nearly 100 training flights. They have not, at the time of writing, released any weapons. The F-35Bs are the first of up to 138 expected to be used by the UK.

Their deployment on active operations comes as one of the prospective candidates for prime minister, Foreign Secretary Jeremy Hunt, promised to increase UK defence spending to 2.5% of GDP by FY2023/24 – if he gets into office. This move, backed by Defence Secretary Penny Mordaunt (who also supports Hunt for PM) would equate to an additional £15bn of defence spending.