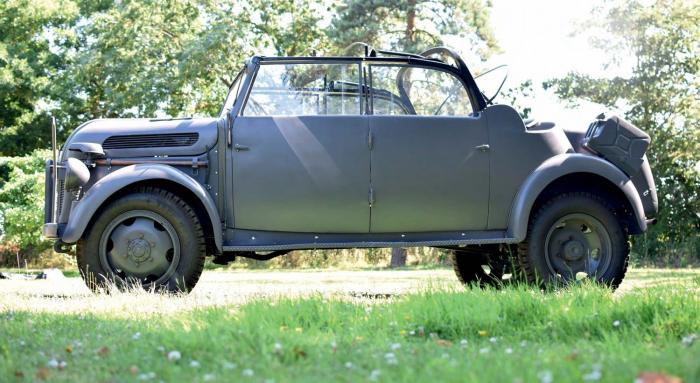 This beautifully restored and historic vehicle will be seen by the public for the first time since its resurrection at the Military Odyssey Show, August 25-27, Kent County Showground
pictures Graham Rosser and Shayne-Marie Middleton, Precious Moments Photography

This car’s manufacturer was based in Steyr, Austria. Founded initially as a rile maker, it then began making bicycles before expanding during World War One and eventually employing Hans Ledwinka to lead their automobile business. The first Steyr car came in 1920 - the six cylinder Type II 12/40. Well built but heavy, this was superseded by sports versions that went on to win the company international acclaim.