The fascinating history of pillboxes is brought to light by Simon Elson, having explored a range of these abandoned and forgotten World War Two fortifications near his home in Walton on Trent 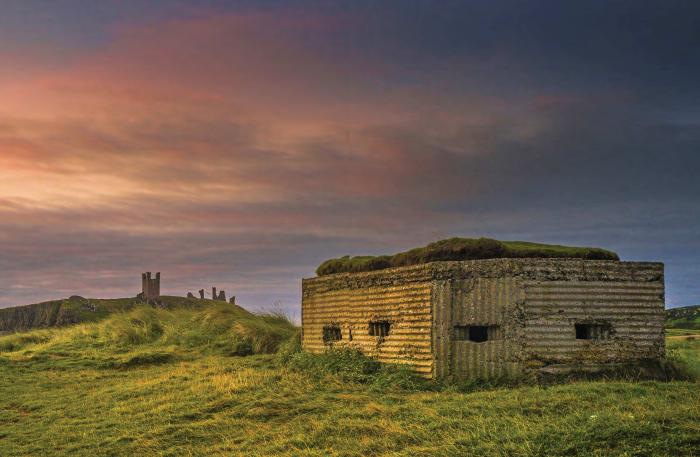 NOT THE PRETTIEST SIGHT ON THE NORTHUMBERLAND COAST, PILLBOXES WERE DEFENSIVE POSTS TO GUARD AGAINST INVASION
GETTY

World War Two pillboxes are some of the most endangered buildings in Britain and are of great historic and archaeological interest. When it comes to these miniature forts, one of the most complete surviving lines – nicknamed the ‘Hadrian's Wall of the 20th century’ – is dotted across the South West Peninsula, running from Seaton in Devon to Bridgewater in Somerset. Here, you can spot about 280 pillboxes (or blockhouses) with machine gun emplacements.

More than 18,000 pillboxes were constructed, usually consisting of a small room about 10sq ft (0.9m²) and 6ft (1.8m) high, with thick walls of concrete, and slits for machine guns. Each was connected to the next by defensive ditches, to stop tank attacks, and were often situated near rivers or canals.