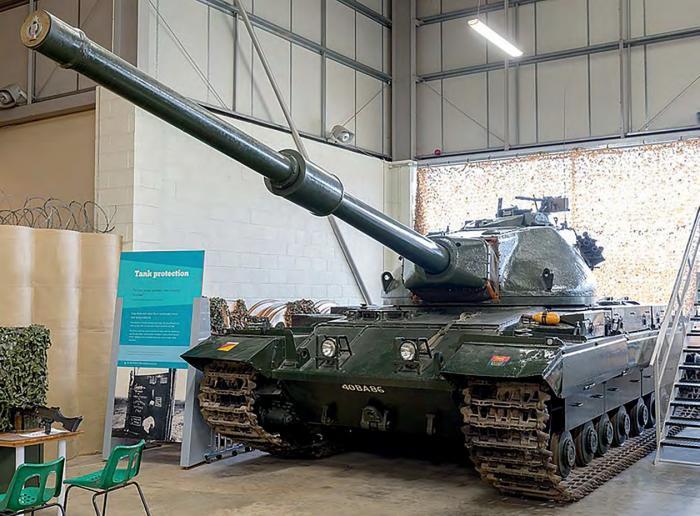 The imposing bulk of the Conqueror rests in Bovington Tank Museum. The museum’s example is a Mark 1.
THE TANK MUSEUM

Senior British officers stood in stunned silence as the Soviet Union rolled out its new heavy tank, the Joseph Stalin IS-3, in the Berlin Victory parade at the end of World War Two. This beast was armed with a 122mm D-25T gun in a semi-hemispherical turret and had armour protection up to 200mm (7.9in) thick. This was followed by the T-10 (sometimes called the IS-8) fitted with the more powerful 122mm D-25TA gun and thicker armour.